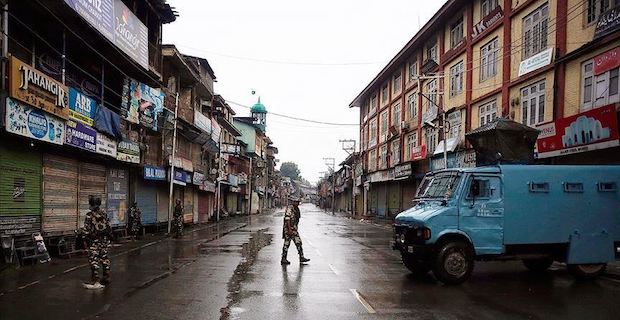 India said that they lifted restriction on movement in most parts of Jammu and Kashmir and Ladakh.

“Over 93 percent of the state and 90 percent of the valley is now without any restrictions or prohibitory orders,” said the Jammu and Kashmir administration in a Wednesday's statement.

The majority of Jammu and Kashmir is free for any movement and accessible to outsiders, including journalists, except 12 police stations in Srinagar district and five elsewhere, the statement added.

“There has been a total of 192 incidents of law and order reported since Aug. 5,” it noted, with 165 of them were reported in Srinagar.

At least 100 people have been injured in the incidents, including more than 50 security personnel.

Although five deaths have been reported so far, the statement asserted that “only one of them has been attributed to the law and order disturbance.”

It also stressed that “not even a single live bullet has been fired to date.”

Jammu and Kashmir has been under a near-complete lockdown since Aug. 5, after India scrapped its special status as the government has blocked communication access and imposed restrictions to thwart any protests in the region.

With the new move, the Indian government further downgraded and divided the disputed region into two centrally controlled “union territories” or UT.

From 1954 until Aug. 5, 2019, Jammu and Kashmir enjoyed special status under the Indian constitution, which allowed it to enact its own laws. The provisions also protected the region's citizenship law, which barred outsiders from settling in and owning land in the territory.

Keywords:
IndiaKashmir
Your comment has been forwarded to the administrator for approval.×
Warning! Will constitute a criminal offense, illegal, threatening, offensive, insulting and swearing, derogatory, defamatory, vulgar, pornographic, indecent, personality rights, damaging or similar nature in the nature of all kinds of financial content, legal, criminal and administrative responsibility for the content of the sender member / members are belong.
Related News