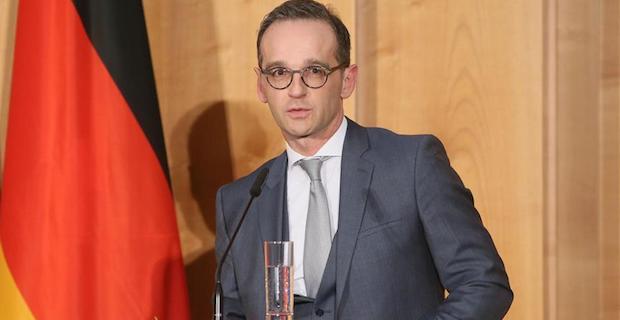 During his two-day visit on Sept. 5-6, Heiko Maas will meet his Turkish counterpart Mevlut Cavusoglu and other senior officials in the capital Ankara.

Later the two top diplomats will travel to Istanbul for a celebration at the city’s German School marking its 150th anniversary.

Over the past two years political relations between Ankara and Berlin have suffered setbacks, but in recent months both sides have taken steps towards improving ties.

EU heavyweight Germany remains Turkey’s main economic and trade partner, despite political disagreements between the governments on a number of issues.

Keywords:
German Foreign MinisterHeiko Maas
Your comment has been forwarded to the administrator for approval.×
Warning! Will constitute a criminal offense, illegal, threatening, offensive, insulting and swearing, derogatory, defamatory, vulgar, pornographic, indecent, personality rights, damaging or similar nature in the nature of all kinds of financial content, legal, criminal and administrative responsibility for the content of the sender member / members are belong.
Related News