US financier Jeffrey Epstein has been found dead in his prison cell while awaiting trial on sex trafficking charges. 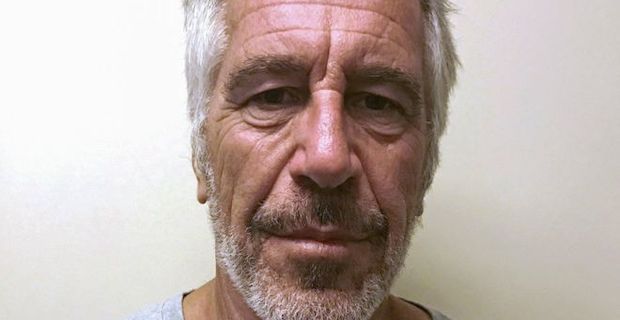 His body was discovered at 06:30 local time (10:30 GMT) on Saturday at a facility in New York. Officials said his death was an apparent suicide. The FBI is investigating the incident. Epstein, 66, pleaded not guilty to sex trafficking and conspiracy charges last month and was being held without bail.

"[He] was found unresponsive in his cell in the Special Housing Unit from an apparent suicide," a statement from the justice department said.

"Mr Epstein was transported... to a local hospital for treatment of life-threatening injuries, and subsequently pronounced dead," the statement added.

Last month, shortly after he was denied bail, Epstein was found semi-conscious in his cell with injuries to his neck. He was treated at a nearby hospital, reports said, before being returned to the Metropolitan Correctional Center in New York.

The facility is widely considered to be one of the most secure in the country.

There are conflicting reports as to whether Epstein was placed on suicide watch following that incident, which prison officials investigated as a possible suicide attempt.

But US media report that, despite the apparent warning signs, the financier was not on suicide watch at the time of his death.

Attorney General William Barr said there were "serious questions that must be answered". He added that he was "appalled" by the news and said the justice department had opened its own investigation.

Epstein's death comes a day after hundreds of pages of court documents were released that revealed new allegations against him and some of his associates.

What was he charged with?

Epstein was accused of paying girls under the age of 18 to perform sex acts at his Manhattan and Florida mansions between 2002 and 2005.

He was arrested on 6 July after landing in New Jersey on his private jet. He avoided similar charges in a controversial secret plea deal in 2008, and instead pleaded guilty to a lesser charge.

That plea deal was closely scrutinised in recent weeks and, last month, US Labor Secretary Alex Acosta resigned over his role in it.

Prosecutors also accused Epstein of paying large amounts of money to two potential witnesses ahead of his trial, which was scheduled to take place next year.

He faced up to 45 years in prison if convicted.

Who was Jeffrey Epstein?

New York-born Epstein worked as a teacher before moving into finance.

Prior to the criminal cases against him, he was best known for his wealth and high-profile connections.

He was often seen socialising with the rich and powerful, including President Donald Trump, former President Bill Clinton and the UK's Prince Andrew.

In a 2002 profile in New York Magazine, Mr Trump referred to Epstein as a "terrific guy".

But he later said the pair fell out "12 or 15 years ago" and reiterated last month that he was "not a fan of Jeffrey Epstein".

Keywords:
Jeffrey EpsteinUS Financier
Your comment has been forwarded to the administrator for approval.×
Warning! Will constitute a criminal offense, illegal, threatening, offensive, insulting and swearing, derogatory, defamatory, vulgar, pornographic, indecent, personality rights, damaging or similar nature in the nature of all kinds of financial content, legal, criminal and administrative responsibility for the content of the sender member / members are belong.
Related News