'We will decide on Sunday whether we have conditions for agreement or not,' EU Commission president says 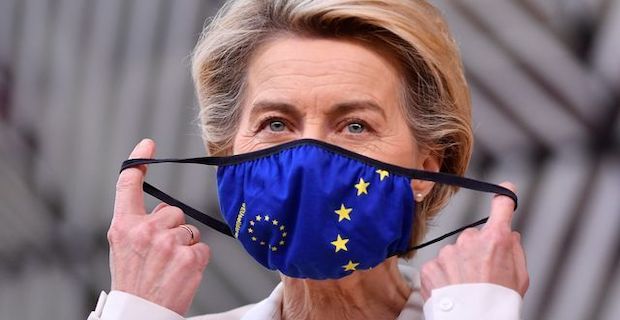 The UK and EU “remain apart on fundamental issues”, the EU Commission president said Friday. Speaking at a news conference in Brussels on the closing day of the EU Council meeting, Ursula von der Leyen said negotiation teams from both sides are working on those differences.

“We have repeatedly made clear to our UK partners that the principle of fair competition is a precondition to privileged access to the EU market,” von der Leyen said.

"We will decide on Sunday whether we have the conditions for an agreement or not."

Ursula von der Leyen’s remarks came ahead of the Sunday deadline, which was agreed Wednesday night in a meeting with British Prime Minister Boris Johnson in Brussels.

"One way or the other, in less than three weeks, it will be new beginnings for old friends," von der Leyen added.

On Sunday, the UK and EU will decide whether there is agreement to continue to work on a post-Brexit trade deal or end negotiations.

The main disagreements are over how much of the EU rules the UK will follow after the transition period, how any deal will be enforced and disputes resolved, as well as fishing rights in UK waters.

Johnson said Thursday night that there is a “strong possibility” of no trade deal with the EU.

He said the ministers agreed with him that “the deal on the table is really not at the moment right for the UK,” adding that he told the Cabinet to get ready for a no-deal exit.

“They’ve brought back the idea of this equivalence between the UK and the EU which basically means that whatever new laws they brought in we would have to follow or else face punishment, sanctions, tariffs or whatever,” said Johnson.

The trade deal needs to be finalized and ratified should it be agreed upon before the transition period ends to avoid chaos for businesses.

The UK left the EU at the end of January, but a transition period to allow the parties to work on a trade deal kicked in until the end of the year.

Keywords:
UKEUBrexit
Your comment has been forwarded to the administrator for approval.×
Warning! Will constitute a criminal offense, illegal, threatening, offensive, insulting and swearing, derogatory, defamatory, vulgar, pornographic, indecent, personality rights, damaging or similar nature in the nature of all kinds of financial content, legal, criminal and administrative responsibility for the content of the sender member / members are belong.
Related News