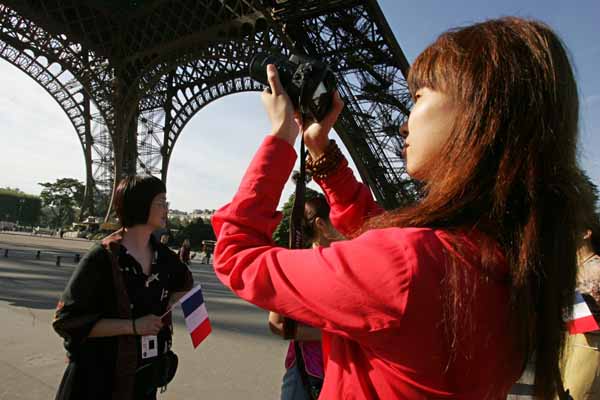 Two people were arrested after the drunken attack, in which one student was seriously injured when a glass bottle hit her face, police say. French Interior Minister Manuel Valls condemned the "xenophobic" attack. The attack was widely criticised on China's most popular social networking service, Weibo. One blogger said France's reputation was "damaged" while another said Chinese people should avoid visiting the country. The students were in France for a year to study oenology. Three people, all of them visibly drunk, were involved in the attack in the village of Hostens, in the Landes region near Bordeaux.

According to French newspaper Sud Ouest, a struggle began when the attackers tried to enter the residence where the students were staying on Friday night.

The attackers had reportedly been drinking outside on a bench during the evening. One witness told the paper, "They could have picked on anyone", but racist insults were reportedly heard during the struggle.

Correspondents say there is resentment among some people in the Bordeaux region at Chinese investors who have been buying up local vineyards.