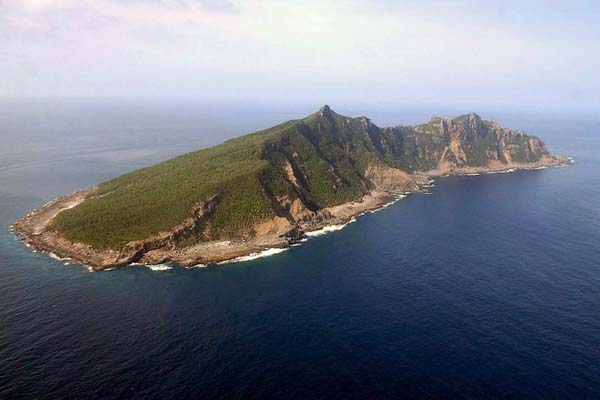 China's Foreign Ministry criticised Japan's lower house of parliament on Friday for passing a resolution demanding that Beijing scrap its air defense zone over the East China Sea, saying Japan had no right to "talk nonsense". China's decision last month to declare an air defense identification zone in an area that includes islands at the heart of a territorial dispute with Japan has triggered protests from the United States and its close allies Japan and South Korea. Japanese lawmakers adopted a resolution protesting China's "reckless and risky measures" and said they would never accept the Chinese government's "unilateral attempts to change the status quo." Chinese Foreign Ministry spokesman Hong Lei told reporters at a daily briefing that China had every right to establish its East China Sea Air Defence Identification Zone, which it said was a reasonable and legal thing to do.

"On this issue, Japan has no right to talk nonsense, and China resolutely opposes this. What Japanshould be doing at the moment is to stop these kinds of wrong actions, stop quibbling and stop its provocations," Hong said.

Under the rules of the Chinese airspace zone, all aircraft have to report flight plans to Chinese authorities and maintain radio contact. U.S., Japanese and South Korean military aircraft have breached the zone without informing Beijing, and China's military has at least once scrambled its fighter jets.

Japanese and South Korean commercial carriers have been told by their governments to ignore the rules. Three U.S. airlines, acting on government advice, are notifying China of plans to transit the zone.

China denies the zone has had any impact on the free movement of civil aircraft, and says it is needed to reduce the risk of misunderstandings.

South Korea has said it is reviewing its options on its similar zone, mostly to ensure it is revised to cover the Ieodo rock, which is under water but has a maritime research station platform on it. Senior officials have been meeting this week and a formal announcement is expected at some time. Seoul has said it will consult with neighbours and explain its position.

Hong said that were South Korea to expand its zone, it must "accord with international law and norms."

"China is willing to maintain communications with South Korea on the basis of equality and mutual respect," he said.