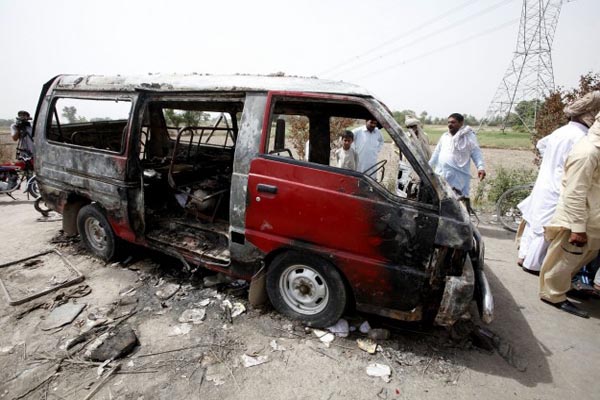 Commissioner Sahibzada Anis said that 35 people were also wounded in the blast which rocked the bus while en route to drop the civil servants at Charsaddah road. Some 60 to 70 employees were onboard when the bomb, planted in the rear portion of the bus, went off. Women were among those killed and injured in the explosion. No group has so far claimed responsibility for the blast. The death toll from the blast is likely to rise as some of the injured are in critical condition.