Brotherhood warns of plot to frame them in attack on protesters 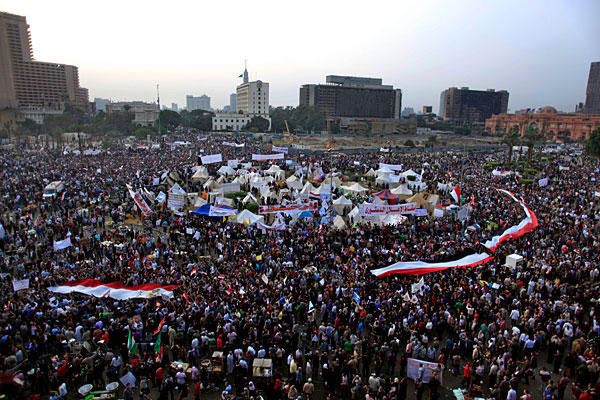 The Muslims Brotherhood has warned of a plot to attack Egyptians protesting against President Mohammad Morsi in several areas in the capital of Cairo and later blame such attacks on the Brotherhood. “It has come to our knowledge that there is a plot of aggression against protestors in Tahrir and Ittihadiya with the vicious intention of blaming these criminal acts on the Muslim Brotherhood to incite people against us and spread sedition across the country,” the Brotherhood said in a statement obtained by Anadolu Agency. The group said it condemns any such attacks on protestors out of its concern for protecting all Egyptians regardless of their political affiliations. It reiterated its commitment to a civil, modern Egypt where political differences are settled through democratic mechanisms, not violence or bloodshed. Hundreds of thousands of protestors have been staging protests across Egypt to call for early presidential election.

But supporters insist that Morsi, the country’s first democratically-elected president, must complete his four-year term.

The army has given a 48-hour ultimatum for political rivals to find a solution to the crisis before intervening.

But the presidency hit back, saying President Morsi was not consulted about the army ultimatum and that the mechanisms of democracy are the only way to solve the crisis.