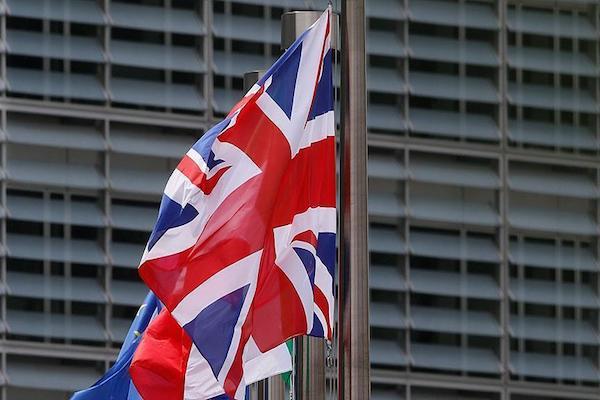 In a guest op-ed published in The Sunday Times, Fallon said Russia must “show the resolve necessary to bring this regime to heel.” The column, entitled “Puppeteer Putin must abandon Assad and join us in building peace,” urged Russia to end its support for the regime and support a new political agreement. “By proxy Russia is responsible for every civilian death last week,” he wrote, openly criticizing Russia’s support to the Assad regime. “This latest war crime happened on their watch. In the past few years, they have had every opportunity to pull levers and stop the civil war,” he said, referring to a regime chemical weapons attack Tuesday in the town of Khan Shaykhun that killed 100 people, and injured hundreds more.

“If Russia wants to be absolved of responsibility for future attacks, [President] Vladimir Putin needs to enforce commitments, to dismantle Assad’s chemical weapons arsenal for good, and to get fully engaged with the UN peacekeeping progress,” he added. “The Russians have influence in the region...They helped broker the original deal to put chemical weapons out of commission,” he added. Fallon’s remarks followed Foreign Secretary Boris Johnson’s decision to cancel a planned Moscow visit.

Fallon also reiterated Britain’s support for the U.S. missile strikes in Syria Friday on a Syrian airfield in response to the chemical weapons attack. The U.S. “made the right call by resorting to careful and narrowly focused military action,” he argued. “The Americans believed there were no peaceful means of stopping Assad using gas against his population. Given repeated Russian blocking in the UN Security Council, the U.S. was determined to act. “By sending Tomahawk missiles to attack the airfield, aeroplanes, and equipment believed to be involved, it has sent a strong signal to the Syrian regime to think twice before using gas in future”.

Fallon also repeated his country’s stance against a Syrian future involving current regime leader Bashar al-Assad. “Someone who uses barrel bombs and chemicals to kill his own people simply cannot be the future leader of Syria. Assad must go and the search for stability begin,” he said. Johnson has previously said Assad cannot remain in the office. Fallon added that an urgent agreement on a new political settlement must come in place. “This terrible war has gone on for six long years. Hundreds of thousands have been killed and millions displaced. Syria remains the world’s worst humanitarian crisis. Only a negotiated political transition can end this terrible conflict,” he said.