Are you watching what is happening in Turkey

Are you watching what is happening in Turkey, 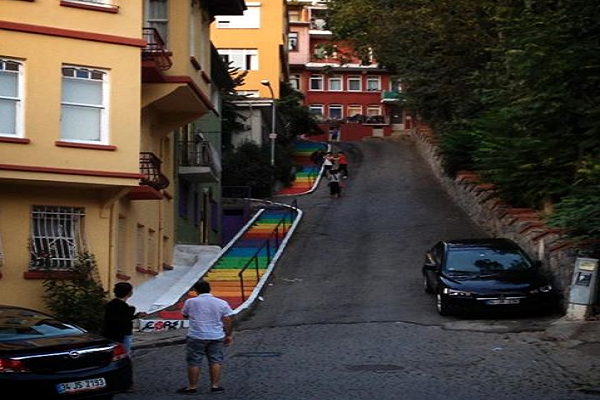 "Look at this guy! None of us are thinking like he does. Why does it take a foreigner to come to our country and show us such a simple, intelligent idea to promote our country? It's an inspired idea and it will be an inspired decision for our authorities and our country to let this happen.”

“Recently the rainbow has become a reasonable symbol for all kinds of associations, parties and companies in the world The idea to paint the bridge is the idea of an inspired person. Since the bridge was built all we ever saw was a dark grey colour, so it must be better to paint it as a rainbow, which joins two continents I really believe in Ned’s project as dreams are the basis for huge constructions...

...Ned Pamphilon, a British painter who understands and appreciates the relevance of Ataturk, asked me: ‘What would you say if I said I wanted to paint the underneath of the Bosphorus Bridge?’

At first I thought it was a joke, but when I saw his photographs and visuals, I realized it could be a great project.”