The Duke of York has been seen for the first time since he announced he would step back from royal duties over the Jeffrey Epstein scandal. 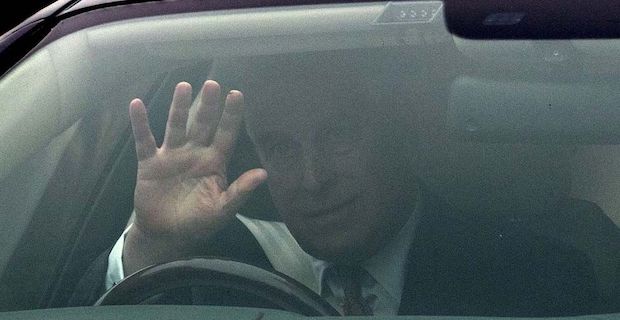 Prince Andrew said on Wednesday he would withdraw from his official role for the "foreseeable future". Criticism of the prince's ties to convicted US sex offender Epstein intensified amid a growing backlash following a BBC interview. Lawyers for Epstein's victims have urged the prince to speak to US police.

The prince was seen by photographers on Thursday driving out of his home in Windsor, Berkshire.

Meanwhile, on Thursday further organisations announced they were cutting ties with the Duke of York.

The University of Huddersfield said the prince was stepping down with immediate effect from his role as chancellor.

The Association of Leading Visitor Attractions - which represents tourist sites such as museums, galleries and historic houses across the UK - said the prince was no longer its president.

And the Outward Bound Trust - a network of outdoor education schools - said it had accepted his resignation as patron.

Companies including BT and Barclays and other institutions had already distanced themselves from the prince.

What does 'stepping back' from royal life actually mean?

Prince Andrew became a full-time working member of the Royal Family following his retirement from the Royal Navy.

The announcement that he would be stepping down from public duties, described by Buckingham Palace as "a personal decision", was taken following discussions with the Queen and Prince Charles.

The retirement of the Duke of Edinburgh from public life in 2017 is the most recent example of where a working royal has stepped back from their duties.

Although under very different circumstances, in Prince Philip's case, some of his long-held patronages have been passed to other family members.

The Duchess of Cambridge and the Countess of Wessex were among the royals to take on his former patronages.

What happens to Prince Andrew's finances?

The prince's access to public money to fund travel and expenses will end.

For example, a three-day visit to Bahrain by the prince on behalf of the UK government in April 2018 cost £16,272, paid for by the taxpayer-funded Sovereign Grant.

The Sovereign Grant is public money which pays for the cost of official royal duties, in exchange for the surrender by the Queen of the revenue from the Crown Estate.

Keywords:
Prince Andrew
Your comment has been forwarded to the administrator for approval.×
Warning! Will constitute a criminal offense, illegal, threatening, offensive, insulting and swearing, derogatory, defamatory, vulgar, pornographic, indecent, personality rights, damaging or similar nature in the nature of all kinds of financial content, legal, criminal and administrative responsibility for the content of the sender member / members are belong.
Related News