Mesut Ozil prepares to shoot during the English Premier League football match between Sunderland and Arsenal at the Stadium of Light in Sunderland on Sept. 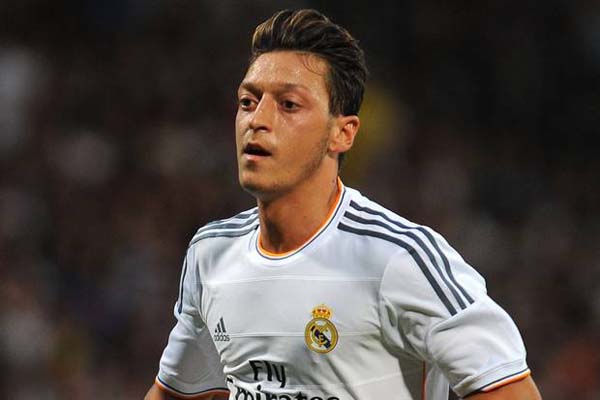 Mesut Ozil gave Arsenal fans a glimpse of his creative talents in a comfortable 3-1 Premier League win at Sunderland on Sept. 14. Arsenal threw 42 million-pound ($66.6 million) signing Özil into the fray for his debut in the north east and he set up the opener for Olivier Giroud before Aaron Ramsey continued his excellent form by scoring twice in the second half. Özil arrived at Arsenal on transfer deadline day from Real Madrid with a reputation for unpicking defences and represented a bold move for the north London club's naturally cautious manager Arsene Wenger.  He made his mark after just 11 minutes, killing a long ball forward with a wonderful touch before squaring for Giroud who netted with a composed finish for his fourth of the season.  Arsenal were pegged back when Craig Gardner scored from the penalty spot three minutes into the second half and the hosts had the ball in the net again from Jozy Altidore but it was ruled out for an earlier foul.

The visitors' jitters were swept away as Ramsey ensured the early-season criticism that came Wenger's way following their opening day defeat to Aston Villa was a distant memory.

"Considering that he was sick and did not practice yesterday, his first half was outstanding, in the second half his level dropped a bit, but overall he was great," Wenger said on Sky Sports about his record signing.

It was a contrasting experience for City who handed a debut to close-season signing Stevan Jovetic and paired him in attack with another big-money striker Alvaro Negredo, but they could not find a way past a battling Stoke.