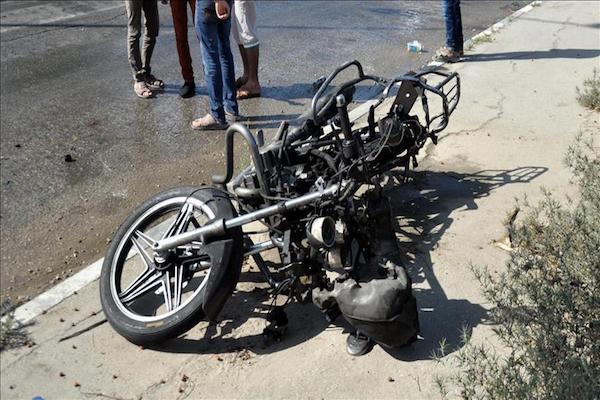 Mason, 34, was born in Jamaica but represented Great Britain at the 2008 Beijing Olympics in the high jump. He was eligible to compete for Britain because his father was born in London. Police said Mason apparently lost control of his the motorcycle before dawn near the airport in an area frequently used to race cars and motorcycles. He was pronounced dead at the scene. "Our information suggests he lost control of the motorcycle and fell to the ground and received serious injuries, mainly to his face, head and upper body," Senior Superintendent Calvin Allen said during a press conference. Other athletes, including Usain Bolt, arrived at the scene of the accident immediately after the crash around 4.30 a.m., (0930GMT), according to The Gleaner newspaper.

The Guardian newspaper said Mason was riding at the front of a convoy with a other athletes, including Bolt, when the accident occurred. Several sports figures have offered condolences. "Winning a silver medal in Beijing places him amongst a unique group of athletes and underlines what a talented individual he was,” said Ben Hawes, chairman of the British Olympic Association athletes. Jamaican Prime Minister Andrew Holness express his “sincere condolences to the entire sporting fraternity”, in a message on Twitter