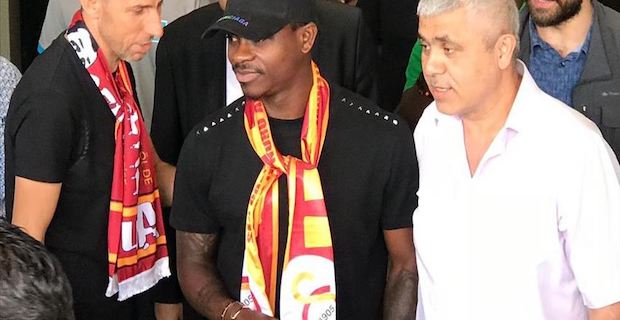 AVRUPA TIMES SPORTS/VATAN ÖZ/LONDRA-Turkey's Galatasaray signed Fulham's Ivorian midfielder Jean Michael Seri on loan late Thursday. Galatasaray announced Seri's move on Twitter, with a picture of him after a check up for the Istanbul club.  Galatasaray said on its website that it will pay €1.5 million ($1.6 million) to Fulham to loan Seri for one season. Seri will earn €2.8 million ($3.1 million) salary for the 2019-2020 football season.It is added that Galatasaray are able to buy Seri for €18 million ($20.2 million) from Fulham until June 1, 2020.Seri, 28, who plays as central midfielder, joined Fulham from French club Nice in July 2018.Last season Seri netted one goal and produced three assists in 32 Premier League appearances for Fulham but couldn't avoid the relegation of his team to a lower division.

Keywords:
Galatasaray
Your comment has been forwarded to the administrator for approval.×
Warning! Will constitute a criminal offense, illegal, threatening, offensive, insulting and swearing, derogatory, defamatory, vulgar, pornographic, indecent, personality rights, damaging or similar nature in the nature of all kinds of financial content, legal, criminal and administrative responsibility for the content of the sender member / members are belong.
Related News