Nearly 1,000 athletes from 16 nations to compete in 12 traditional sports as part of festival 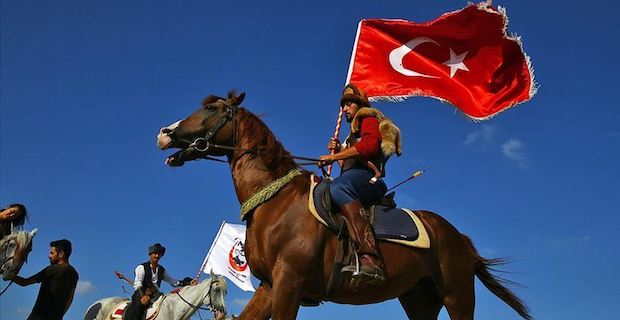 The Ethnosport Culture Festival kicked off at Istanbul's Ataturk Airport on Thursday. Organized by the World Ethnosport Confederation, the festival has been held for the fourth time this year with 16 nations participating, including guest country Argentina.

The festival will run through Oct. 6.

The oil wrestling festivities alone will last for four days with a total of 300 contenders.

The fourth Ethnosport Cultural Festival is also presenting a dazzling array of traditional cuisines from across the globe for festival-goers to savor.

The event features the cuisines of 16 countries from all around the world.

Apart from sports, children are taking part in 40 traditional children’s games and there are also 60 handicraft workshops.

Keywords:
Ataturk AirportEthnosport Culture FestivalWorld Ethnosport Confederation
Your comment has been forwarded to the administrator for approval.×
Warning! Will constitute a criminal offense, illegal, threatening, offensive, insulting and swearing, derogatory, defamatory, vulgar, pornographic, indecent, personality rights, damaging or similar nature in the nature of all kinds of financial content, legal, criminal and administrative responsibility for the content of the sender member / members are belong.
Related News