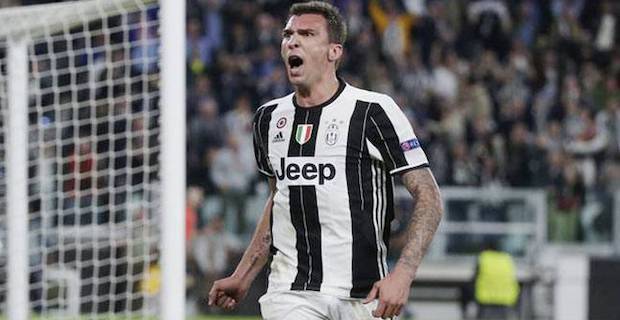 Croatian forward Mandzukic, 32, renewed deal with the Bianconeri (the Black and Whites) expiring in 2021, Juventus announced on its website.

Having played for German giants Bayern Munich and Spain's Atletico Madrid before Juventus, Mandzukic is currently spending his fourth season in Juve.

In his four-year spell in Juventus, Mandzukic scored 43 goals in 159 appearances.

Keywords:
Mario Mandzukic
Your comment has been forwarded to the administrator for approval.×
Warning! Will constitute a criminal offense, illegal, threatening, offensive, insulting and swearing, derogatory, defamatory, vulgar, pornographic, indecent, personality rights, damaging or similar nature in the nature of all kinds of financial content, legal, criminal and administrative responsibility for the content of the sender member / members are belong.
Related News