Cristiano Ronaldo is the best player of FIFA Ballon d'Or 2013

Cristiano Ronaldo was announced as the winner of the FIFA Ballon d'Or 2013 in the largest city of Switzerland, Zurich on Monday. 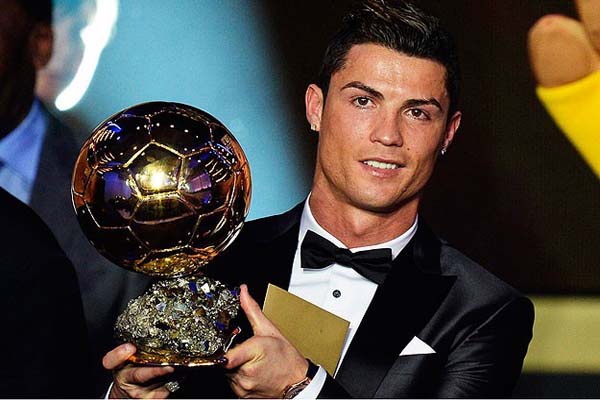 The winners of FIFA Ballon d’Or have been announced at the Zurich Kongresshaus on January 13. German trainer, who won the Champions League title in 2013 with Bayern Munich, was selected as "FIFA World Coach of the Year for Men's Football." The winner of the FIFA "Puskas award 2013" is Paris Saint Germain's Swedish star Zlatan Ibrahimovic, who kicked the most beautiful goal of the year in 2013 according to the FIFA. Brazilian legendary player Pele, who has won three World Cups with the Brazilian national team, was deemed worthy of FIFA Ballon d'Or Prix D’honneur (honor award). German women's soccer player Nadine Angerer has been announced as the FIFA Women's world player of the year. The national trainer of the German womens' soccer team Silvia Neid is the coach of the year for women's football. Meanwhile, 2013 FIFA Fair Play Award winner is the Afghanistan Football Federation. The best eleven of FIFA in 2013 is as follows: Manuel Neuer, Philipp Lahm, Sergio Ramos, Thiago Silva, Dani Alves, Andres Iniesta, Xavi, Franck Ribery, Cristiano Ronaldo, Zlatan Ibrahimovic, Lionel Messi.