The Scot, 26, converted his fourth championship point in a dramatic final game to win 6-4 7-5 6-4 and claim his second major title. 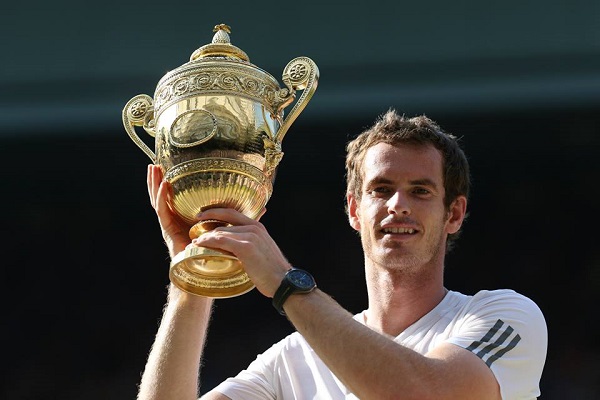 It is the 36th time a British man has won the Wimbledon singles title - more than any other nation. Wimbledon is Murray's second Grand Slam title after he won the 2012 US Open

In an atmosphere reminiscent of his Olympic final win last summer, Murray was willed on by the majority of the 15,000 spectators on Centre Court, thousands watching on the nearby big screen and millions more around the country.

The final game was a battle in itself, with Murray seeing three match points slip by from 40-0 and fending off three Djokovic break points with some fearless hitting, before the Serb netted a backhand to end the contest. BBC Sport