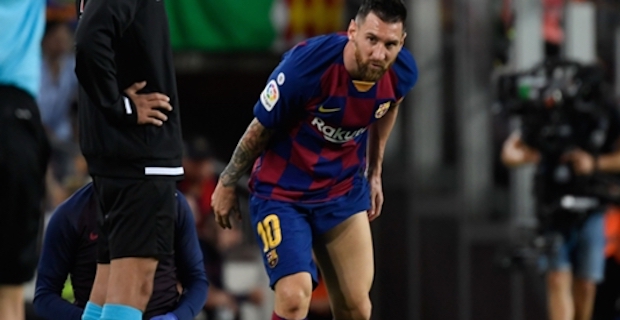 Spanish football giant Barcelona star Lionel Messi was diagnosed with a thigh injury. "First team player Leo Messi has elongated his left adductor. He is now out and his recovery will determine his availability," the club said on Wednesday.

Messi sustained injuries during Tuesday's La Liga match, against Villarreal that the Barca won by 2-1. 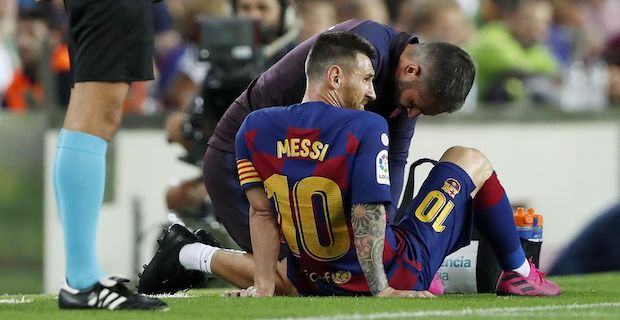 "Despite playing only the first half of the match, Messi was superb, assisted Antoine Griezmann to score Barca's first goal, which Messi chalked up with a corner kick," the club added.

Messi claimed this award for the sixth time in his career.

Keywords:
BarcelonaLionel MessiInjury
Your comment has been forwarded to the administrator for approval.×
Warning! Will constitute a criminal offense, illegal, threatening, offensive, insulting and swearing, derogatory, defamatory, vulgar, pornographic, indecent, personality rights, damaging or similar nature in the nature of all kinds of financial content, legal, criminal and administrative responsibility for the content of the sender member / members are belong.
Related News