DOLLAR 7.4481
EURO 9.0339
GOLD 443.252
BIST 1531
Film industry comes to Meridian Water, this is incredibly exciting news...
Believing that a federation model in Cyprus would be a sustainable solution...
Altın Gün, Yüce Dağ Başında New single, video out now on Glitterbeat...
Mesut Ozil will only move to Turkey for Fenerbahce
WHO team touches down in China for COVID-19 probe
Trump becomes first US president to be impeached twice
Transformation of Old Street roundabout moves to next stage as road changes...
ANNUAL INVESTMENT ALLOWANCE REMAINS AT £1M UNTIL 2022
Tatar, If there will be future official negotiations, these will be based...
London mayor declares ‘major incident’ over virus spread

UK pledges to build consensus for peace in Afghanistan 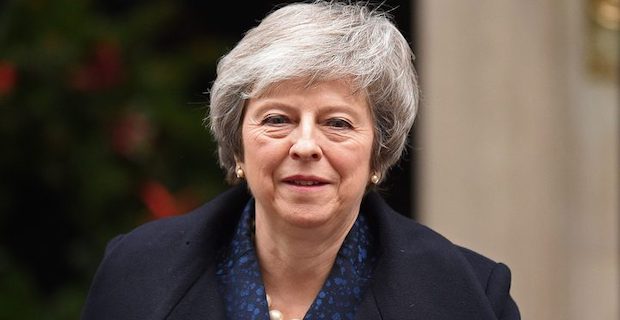 British Prime Minister Theresa May assured U.K.'s full support to build regional consensus for peace in Afghanistan during a meeting with the visiting Afghan President Ashraf Ghani, an Afghan official statement said on Monday. According to the the Afghan Presidency in Kabul, Ghani called upon May at the 10 Downing Street in London in the afternoon for a formal summit following an official invitation. It added the two leaders discussed the fragile peace process as well as a range of other issues of bilateral interest.

''President Ghani thanked for Britain's lasting cooperation with Afghanistan, and said the British government's role for building regional consensus for the Afghan peace process is important and valuable,'' it added.

Pemier May's office said in a series of tweets that the two leaders also discussed the upcoming presidential elections in Afghanistan and agreed that those must be credible and transparent.

''On regional stability, the Prime Minister welcomed the steps toward peace in Afghanistan that President Ghani has taken, as well as his talks with Prime Minister (Imran) Khan of Pakistan. The Prime Minister reiterated the UK’s support for these efforts,'' it said.

On this occasion, a new aid package totaling £170 million was announced by U.K. International Development Secretary Rory Stewart for Afghanistan. The package will provide urgent food, water and medical help, including polio vaccinations for children.

The two leaders are set to watch an ICC Cricket World Cup 2019 match between their respective national teams in Manchester on Tuesday.

Keywords:
British Prime Minister Theresa MayAfghan President Ghani
Your comment has been forwarded to the administrator for approval.×
Warning! Will constitute a criminal offense, illegal, threatening, offensive, insulting and swearing, derogatory, defamatory, vulgar, pornographic, indecent, personality rights, damaging or similar nature in the nature of all kinds of financial content, legal, criminal and administrative responsibility for the content of the sender member / members are belong.
Related News