DOLLAR 7.4481
EURO 9.0339
GOLD 443.252
BIST 1531
Film industry comes to Meridian Water, this is incredibly exciting news...
Believing that a federation model in Cyprus would be a sustainable solution...
Altın Gün, Yüce Dağ Başında New single, video out now on Glitterbeat...
Mesut Ozil will only move to Turkey for Fenerbahce
WHO team touches down in China for COVID-19 probe
Trump becomes first US president to be impeached twice
Transformation of Old Street roundabout moves to next stage as road changes...
ANNUAL INVESTMENT ALLOWANCE REMAINS AT £1M UNTIL 2022
Tatar, If there will be future official negotiations, these will be based...
London mayor declares ‘major incident’ over virus spread 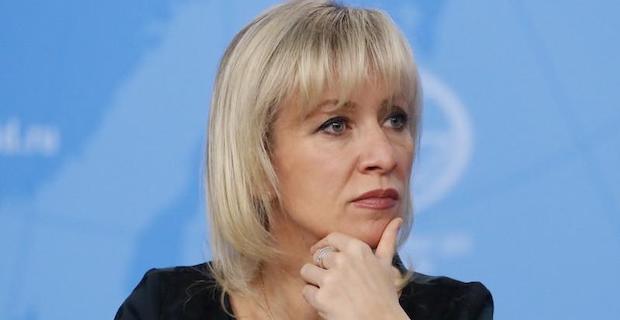 Russia has reaffirmed its readiness to be a guarantor for any peace deal between the U.S. and Taliban.  "The Russian side reaffirms its readiness to act as a guarantor for the implementation of the said agreement, in case of receiving an appropriate request from the parties," Russian Foreign Ministry Spokesperson Maria Zakharova said on Wednesday.

Asked how Russia sees its role, in achieving a compromise between the U.S. and the Taliban, Zakharova said Russia would help to implement the deal.

Taliban have said that they were close to an agreement with U.S. officials that would see U.S. forces withdraw from Afghanistan, in exchange for a promise that the country would not become a haven for international terrorism.

Both sides have been holding negotiations in Doha, capital of Qatar, since late last year.

Turning to the Venezuelan crisis, Zakharova called opposition leader Juan Guaido’s announcement to establish a parallel government as "another attempt orchestrated by Washington to destabilize the country”.

She also said the U.S. decision to open "a section on Venezuelan affairs" in its embassy in Colombia "provokes many questions".

"Many of Guaido's so-called 'ministers' have been working for a long time for the organizations, sponsored by the U.S. This confirms once again the White House's unwillingness to let the Venezuelans independently agree a political solution," she said.

Venezuela has been rocked by political unrest, beginning on Jan. 10, when President Nicholas Maduro was sworn in for a second term. Tension escalated on Jan. 23 when parliament member Juan Guaido declared himself interim president.

Keywords:
RussiaRussian Foreign MinistryAfghan Deal
Your comment has been forwarded to the administrator for approval.×
Warning! Will constitute a criminal offense, illegal, threatening, offensive, insulting and swearing, derogatory, defamatory, vulgar, pornographic, indecent, personality rights, damaging or similar nature in the nature of all kinds of financial content, legal, criminal and administrative responsibility for the content of the sender member / members are belong.
Related News