Rejection for the Scottish independence 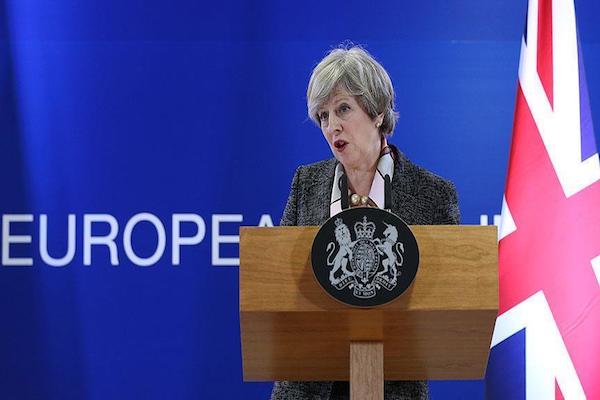 “Now is not the time,” for a second independence vote, May told the BBC, signaling that the central government in London will not entertain a second vote.

May’s remarks came after Scottish First Minister Nicola Sturgeon’s recent announcement that she will seek a second referendum by asking the Scottish Parliament to vote on the matter as early as next week.

The renewed call for an independence referendum has come from Sturgeon’s Scottish National Party (SNP) in light of Scotland’s majority vote to stay within the European Union.

Scottish voters rejected independence in a 2014 referendum by just over 55 percent.

Earlier on Thursday, Queen Elizabeth II signed a bill which gives full authority to the prime minister to initiate the formal Brexit process by triggering Article 50 of the Lisbon Treaty.

Sturgeon later told STV she suspected Thursday would be the day “the fate of the union was sealed”.

She accused the U.K. government in London of trying to “lay down the law” to a Scottish Parliament in which her pro-independence SNP was the largest party.

Theresa May’s Conservatives have just one Westminster lawmaker in Scotland.

Thursday’s war of words followed Wednesday's heated Prime Minister's Questions in the House of Commons during which the British premier said Scotland would be out of the EU, either as a U.K. member or as an independent state.

Sturgeon demanded on Monday a choice between a “hard Brexit” that would sever all ties with the EU and independence for Scotland.

Scotland voted to remain part of the EU in last June’s U.K.-wide referendum while Britain as a whole opted to leave.

Scotland had worked “really hard” to find an agreement on Britain leaving the EU but had been confounded by May’s government, Sturgeon claimed on Monday.

“It is time to set out plans decisively,” she added.

May once more said Article 50 of the Lisbon Treaty -- the formal notification for leaving the EU -- would be triggered by the end of the month and “there will be opportunity for discussions with the devolved administrations over that period”.

However, Angus Robertson, deputy leader of SNP, insisted on a response on when a “promised agreement” with devolved administrations in Scotland, Wales and Northern Ireland would be ready.

May said Robertson “is comparing being the member of an organization [the EU] that we have been a member of for 40 years with our country”.

Robertson said May had promised last year to reach an agreement with the devolved Scottish government before triggering Article 50.