Pakistan, Afghanistan, US locked in war of words 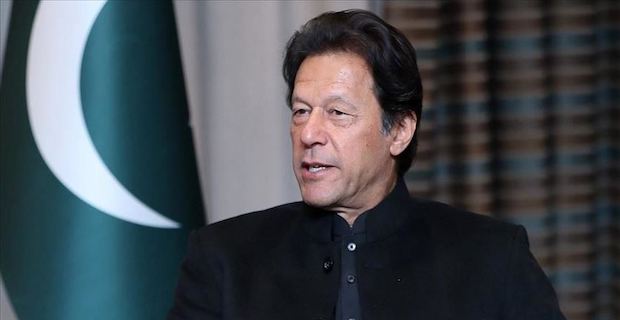 Pakistan, Afghanistan and the U.S. appear to be locked in another war of words following reported remarks from Pakistani Prime Minister Imran Khan suggesting setting up of an interim government in the war-ravaged country.

Khan, last week, also told reporters that Afghan Taliban wanted to meet him but he cancelled the meeting on Kabul's protest.

Despite clarification by Khan that his remarks were quoted out of context, Kabul and Washington continue to criticize Islamabad saying the "suggestion" is tantamount to interference in Afghanistan's internal affairs.

Afghanistan called back its ambassador to Pakistan on Tuesday for "consultation" over Pakistani premier's remarks.

This was followed by a tweet by U.S. special envoy on Afghan peace Zalmay Khalilzad dubbing the comment inappropriate.

The fresh diplomatic row erupted days before Khalilzad is set to embark on another journey to the region in connection with Washington's stepped up efforts to find a negotiated settlement of a bloody conflict in Afghanistan, which has entered its 18th year.

Also, U.S. envoy to Afghanistan John Bass, in a tweet, asked Pakistan's cricketer-turned premier "not to ball-tamper with Afghanistan's peace process and its internal affairs".

Ball-tampering -- a strictly prohibited and punishable act in cricket -- means to change the ball shape by using nails or any other object to bowl out the batsman.

Pakistani officials took no time to respond to the U.S diplomat.

Finance Minister Asad Umar, in a tweet, challenged , Bass' knowledge about cricket -- the most popular sport in South Asia.

"Your tweet shows you neither understand cricket nor diplomacy. With Afghan peace process at such a critical juncture, hope the U.S will be able to find better diplomatic skills to deal with the delicate issue at hand," Umar said.

Keywords:
PakistanAfghanistanUS
Your comment has been forwarded to the administrator for approval.×
Warning! Will constitute a criminal offense, illegal, threatening, offensive, insulting and swearing, derogatory, defamatory, vulgar, pornographic, indecent, personality rights, damaging or similar nature in the nature of all kinds of financial content, legal, criminal and administrative responsibility for the content of the sender member / members are belong.
Related News