Obama may extend his hand to Rouhani

Obama a chance to extend a hand, both literally and figuratively, to new Iranian President Hassan Rouhani. 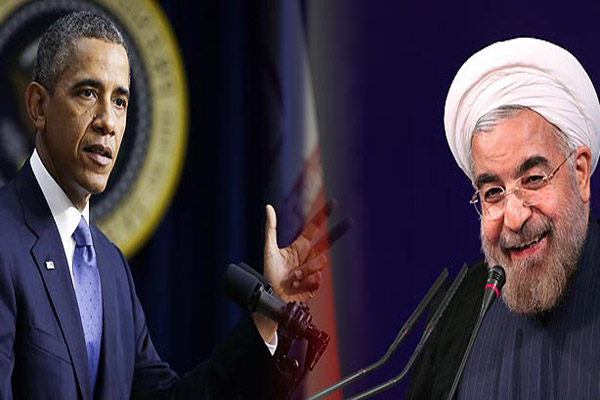 The White House said on Thursday a meeting was possible, the first between U.S. and Iranian presidents since the 1979 Islamic Revolution.

"It's possible, but it has always been possible," White House spokesman Jay Carney said. "The extended hand has been there from the moment the president was sworn in."

It looks more likely to be a handshake and brief exchange of pleasantries - probably in the U.N. building - rather than a formal meeting where the leaders could talk at greater length

With conciliatory overtures and gestures emanating from Iran's ruling echelon at a surprising pace in recent days, the White House is looking for the right balance in forming a response.

Obama eventually wants to encourage Iran to make concessions in talks over its nuclear program. But if he embraces Tehran too warmly before it takes concrete actions, he would risk criticism that he is fumbling another foreign policy issue after struggling to handle crises over Syria and Egypt.

Iran's rhetoric has softened markedly since Rouhani took office in August. Recent gestures include a promise never to develop nuclear weapons, tweeted greetings on the Jewish New Year and the release of prominent political prisoner and rights lawyer Nasrin Sotoudeh.

On Thursday, Rouhani published an opinion piece in the Washington Post urging other leaders "to respond genuinely to my government's efforts to engage in constructive dialogue."

For its part, the White House said this week Obama had written Rouhani to convey the message "that the U.S. is ready to resolve the nuclear issue in a way that allows Iran to demonstrate that its nuclear program is for exclusively peaceful purposes."

A U.S. official said the White House hoped to engineer a handshake in the U.N. building between the two leaders, but by no means a full meeting, and a second official also bet on a handshake, while saying there were currently no such plans.

Regardless of whether Obama and Rouhani shake hands, the more serious issue is whether both countries are ready to get into a direct bilateral discussion.

The United States suspects Iran of using its civilian nuclear program as a cover to develop atomic weapons, something it sees as a threat to Israel and to oil-producing U.S. allies in the Gulf. Iran denies that, saying its nuclear program is for purely peaceful purposes.

A decade of negotiations between Iran and the West has yet to resolve the dispute and the United Stateshas said it would not take any option off the table - code for a possible military strike - in dealing with Iran's nuclear program.