Netanyahu urges Britain, France not to ease sanctions on Iran

Netanyahu phoned British Prime Minister Cameron and French President Hollande to tell them sanctions were close to achieving their goal. 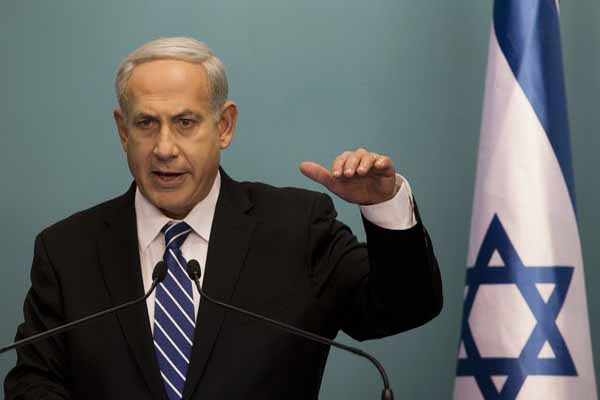 Israeli Prime Minister Benjamin Netanyahu has called the leaders of Britain and France to urge them not to ease sanctions on Iran over its nuclear programme, ahead of talks between Iran and world powers. An Israeli official said on Saturday Netanyahu phoned British Prime Minister David Cameron and French President Francois Hollande to tell them sanctions were close to achieving their goal. "Until Iran dismantles its military nuclear programme, sanctions must not be eased - on the contrary. Only the pressure brought Iran to this point, and only the continuation of pressure and its strengthening can bring them to dismantle their nuclear programme," Netanyahu was quoted as saying. Western diplomats have played down any suggestion Iran's new openness will result in an immediate loosening of sanctions. But they are also hoping that talks on Oct. 15-16 between six world powers - including Britain and France - and Iran will deliver an opportunity to make progress on ending the decade-long dispute. Israel is widely believed to have the Middle East's only nuclear arsenal.