he was stepping down from President Donald Trump’s business advisory board. 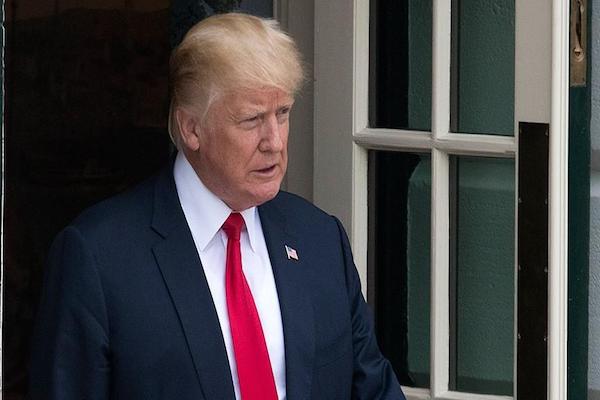 Avrupa-The head of one of the largest unions in the U.S. announced Tuesday that he was stepping down from President Donald Trump’s business advisory board.Richard Trumka, president of the American Federation of Labor and Congress of Industrial Organizations (AFL–CIO), issued a statement saying he was resigning from the American Manufacturing Council. Its deputy chief of staff, Thea Lee, also resigned."We cannot sit on a council for a president who tolerates bigotry and domestic terrorism," they said."President Trump's remarks today repudiate his forced remarks yesterday about the KKK and neo-Nazis," they added, referring to the Ku Klux Klan, an organization that advocates white supremacy and anti-Semitism."We must resign on behalf of America's working people, who reject all notions of legitimacy of these bigoted groups.”Six business leaders have now resigned from the council, with some announcing their intentions on social media."I'm resigning from the Manufacturing Jobs Initiative because it's the right thing for me to do," Alliance for American Manufacturing President Scott Paul wrote on Twitter. Just minutes before, Trump used the microblogging site to proclaim: "For every CEO that drops out of the Manufacturing Council, I have many to take their place."Grandstanders should not have gone on. JOBS!" he added.He later said the executives leaving the council "are not taking their jobs seriously” and are "leaving out of embarrassment" because he has been "lecturing them" on America First.Merck chief executive Kenneth Frazier was the first to depart the council Monday, followed by Intel Corp. CEO Brian Krzanich and Under Armour CEO Kevin Plank.The defections were prompted by Trump's reaction to last weekend’s white supremacist rally in Charlottesville, Virginia that left one woman dead and nearly 20 others injured after a car rammed into counter-protesters.At a news conference Tuesday in New York, Trump said "both sides" were to blame for the deadly violence.Frazier, one of only a few black CEOs to helm a Fortune 500 company, said in a statement that Trump “must honor our fundamental views by clearly rejecting expressions of hatred, bigotry and group supremacy.”He did not directly mention Trump’s earlier response to the violent clashes but said “as CEO of Merck and as a matter of personal conscience, I feel a responsibility to take a stand against intolerance and extremism.”The head of Intel was more direct in announcing the reason for his departure. "Earlier today, I called on all leaders to condemn the white supremacists and their ilk who marched and committed violence," Krzanich said in a statement. "I resigned because I want to make progress, while many in Washington seem more concerned with attacking anyone who disagrees with them."Walmart chief executive Doug McMillon also criticized Trump for passing up “a critical opportunity to help bring our country together."As we watched the events and the response from President Trump over the weekend, we too felt that he missed a critical opportunity to help bring our country together by unequivocally rejecting the appalling actions of white supremacists," he said in a statement.