What is the Frexit

The far-right candidate wants an "amicable" separation from the EU 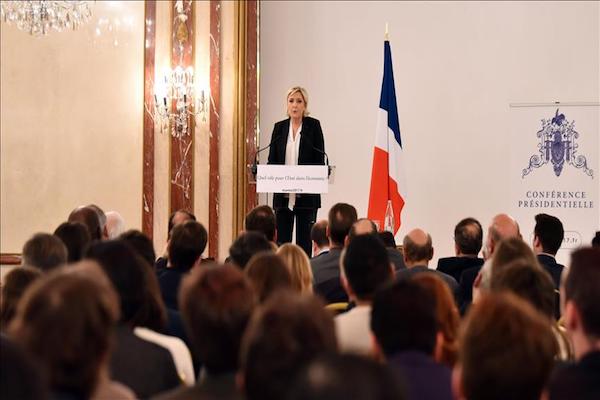 Presenting her economic policy in Paris, Le Pen said her first mission “is to give back the self-confidence to the French people and their power over their economy.”

“That is why I will pursue a policy of economic independence,“ the National Front leader said, adding it is time to cut with what she called “naive globalization.”

She argued that the Euro is “so expensive” for France, Italy… but cheap and profitable for Germany and her country’s sovereignty is at risk because 65 percent of French government debt is held outside the country.

“Under those conditions we need an amicable separation," she argued.

"That is why we commit ourselves to the total negotiation of the European treaty to find our sovereignty... followed by a referendum on the Frexit,” Le Pen insisted.

An Opinionway poll published Wednesday showed independent and centrist candidate Emmanuel Macron going on to beat Le Pen in the second round with 63 percent of votes.

The first round of the presidential election is set for April 23 and the runoff on May 7.