The recent failed coup attempt in Turkey is akin to the Sept. 11 terror attack in the U.S., a Turkish lawmaker said Thursday. 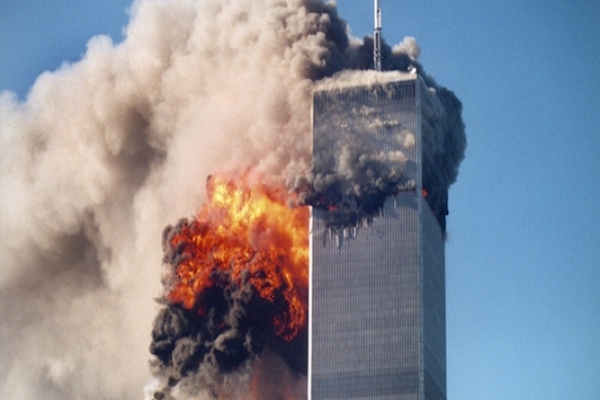 NEW YORK-The recent failed coup attempt in Turkey is akin to the Sept. 11 terror attack in the U.S., a Turkish lawmaker said Thursday. Taha Ozhan of the ruling AK Party told reporters in New York that he personally witnessed 9/11 and the two experiences were similar.

"A horrendous terrorist attack took place that we never imagined, we never expected," Ozhan said of the putsch attempt that killed 239 people and injured 2,200 others. "And as a person who also experienced 9/11 in this city, it was quite similar."

Along with Oguz Salici of Turkey’s main opposition Republican People's Party (CHP) and Kamil Aydin of the Nationalist Movement Party (MHP), the three-member delegation held meetings with American counterparts in DC and New York, focusing on Ankara's formally submitted request for the extradition of Fetullah Gulen, a self-styled preacher living in the U.S. since 1999 and head of the Fetullah Terror Organization. Turkish authorities have repeatedly said that Gulen and his group orchestrated the coup attempt.

An Istanbul court issued Wednesday an arrest warrant for Gulen.

Ozhan, who drew similarities between the al-Qaeda network spanning dozens of countries and that of the Gulen-led movement, said the cleric has "thousands of times" in his speeches during the years expressed a yearning for a "fantastic world empire".

"May sound surreal, but what we experienced was real, the bullets, tanks, bombs," he said.

Ozhan said peace and interfaith dialogue have been a disguise for a criminal, intelligence-based terrorist organization.

"First things first. That criminal should be pursued by the U.S. jurisdiction," he said, referring to Gulen, adding that the next step should be securing his detention until the extradition process is complete, in accordance with treaties between Turkey and the U.S.

Ozhan said American authorities seemed to have a positive approach and committed to cooperate with Turkey.

Using the city that experienced the terror attack as a backdrop, CHP deputy Salici and MHP deputy Aydin stressed the importance of unity between those of differing political affiliations during Turkey’s current crisis.

Aydin agreed. "As you see now in your presence, we are united, regardless of our political attitudes. Why? Because without democracy there is no politics,” he said.

The delegation also emphasized that "99 percent" of Turks are convinced Gulen was behind the failed putsch.

Turkey survived a deadly coup attempt July 15 by rogue elements within the military that sent shock waves throughout the nation, the region and the world at large.

Turks took to the streets on that night, heeding a call by President Recep Tayyip Erdogan, and defied tanks, shelling and bombings, forming the biggest factor in ensuring the failure of the attempted overthrow of the democratically-elected government in Ankara.

Turkey's government has repeatedly said the coup attempt was organized by Gulen and his Fetullah Terror Organization.

Gulen is accused of a long-running campaign to overthrow the state through the infiltration of Turkish institutions, particularly the military, police, and judiciary, forming what is commonly known as the parallel state.