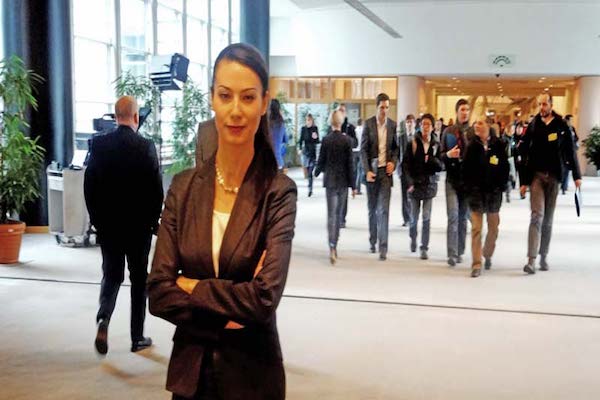 ‘Yes’: %51,4 /  ‘No’: %48,6  and exceeded 80% These results are highly controversial. We are going to contest at least 37 per cent of the ballot boxes over suspicious vote tampering. Indeed, we expected this. To show you naysayers’ huge concerns about the unfair conditions and very likely election fraud, I would like to share with you my responses to the questions of one of the international news outlets yesterday before polls were closed : “As the OSCE interim report confirms, the referendum process took place under very unfair conditions. It was an unfair campaign because naysayers, opponents were called terrorists, have faced threats, violence, arbitrary detentions, disproportionate TV airtime. Moreover the referendum was held without presence of free media and under a state of emergency imposed after the July 15, 2016  coup attempt. We estimate that the government’s influence extended reached to 90 percent of the Turkish media. Pro-government media has a broadcasting policy that completely ignores and blocks the opposition.

According to the recent non-partisan polls, the rate of naysayers was at about 53-56 percent. Concerns of electoral fraud and government meddling are very serious in this referendum than ever before in the previous elections. Fraud allegations in the referendum with claims of irregularities, ballot-stuffing, voter intimidation across Turkey are widely reported. Independent and party affiliated tens of thousands of ballot box observers have volunteered across the country to monitor the voting process. The voters are also mobilized to observe the vote counting process in their voting stations. They will all work to deter voter fraud in the referendum. This high mobilisation level was very promising and it says us a lot about the citizens’ lack of trust in the government. The government shouldn’t pretend that this is normal in a democratic country.”

Despite all these obstacles, the “naysayers had a very strong performance during the tense and unfair campaign period.

As CHP President, Main Opposition Leader Kemal Kılıçdaroğlu said in his statement last night, “it is a fact that this referendum took place under highly undemocratic conditions and Turkish High Electoral Board’s last night’s decision made this referendum even more controversial”.