21st century socialism in the UK

In a packed conference hall, British opposition leader Jeremy Corbyn told members of what he called the largest political party in western Europe, the Labour Party, about his plans for government. 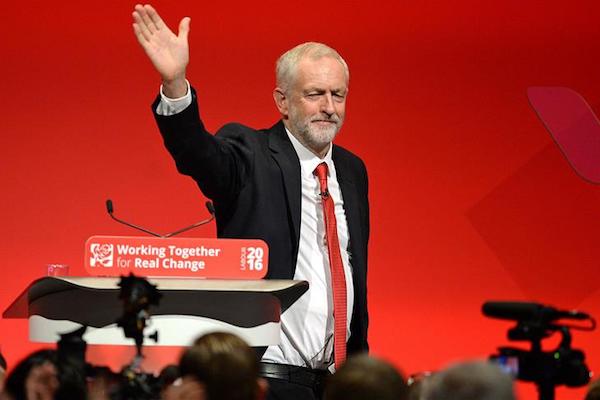 LONDON-In a packed conference hall, British opposition leader Jeremy Corbyn told members of what he called the largest political party in western Europe, the Labour Party, about his plans for government.

Corbyn’s speech was remarkable because it marked the return of a word long dismissed as too dirty to use for British politics: socialism.

For decades, socialism was dismissed as a fringe ideology in the Labour Party, supplanted by the more centrist, business-friendly policies introduced by its former leader Tony Blair.

But since the May 2015 parliament election, in which Labour suffered its second successive defeat, the party has swerved dramatically to the left.

Tens of thousands of Britons, many of them former members of left-wing socialist and workers’ groups, joined Labour to elect Corbyn as its leader. Many retained their membership to ensure he remained when he was challenged for the leadership this summer: more than half a million people voted in the contest and Corbyn won overwhelmingly.

These supporters were rewarded handsomely with promises that Corbyn’s three predecessors as Labour leader would have considered too radical.

Every British family has the “basic human right” to a decent home, he said, so a Labour government would build a million of them and control rents in existing tenancies.

Businesses would be asked to pay more tax to help pay for a planned National Education Service to provide adults with opportunities to learn and retrain later in life.

And rules restricting the rights of trade unions would be abolished and a 10-pound ($13) hourly minimum wage would be introduced to help the most disadvantaged, Corbyn promised.

The proposals were met with predictable scorn among the party’s traditional opponents.

“Labour in La-La-Land,” was a front page headline in the right-wing Daily Mail this week.

But opposition to the policies exist far closer to home. The party has spent the past 12 months bitterly divided with many Labour lawmakers and members convinced that, despite his wild popularity among some younger voters, many centrist British voters are dissuaded by Corbyn.

The party leader is supported by barely a quarter of the 439 Labour lawmakers in sitting in the two chambers of parliament, the House of Commons and House of Lords. Opinion polls give him the dubious honor of having some of the lowest personal ratings ever seen by a British opposition leader.

Among his critics is Peter Mandelson, a close ally of former Labour prime ministers Tony Blair and Gordon Brown. He was quoted saying he hoped Britain held a parliamentary election earlier than its scheduled 2020 date so that Corbyn would go sooner.

“Bring it on so we can deal with the awful situation in the Labour party earlier than 2020 […] I get up every day and pray that will be the case,” the Times quoted Mandelson as saying at a meeting in London on Tuesday. His implication was that he expected Labour to lose that election heavily.

It was for this reason that Corbyn’s keynote speech to the Labour Party conference in Liverpool on Wednesday was peppered with messages of unity.

“I am honored to have been re-elected by our party a second time with an even larger mandate,” he said.

“But we all have lessons to learn and a responsibility to do things better and work together more effectively.”

But for the promises of improved conditions for some of the most disadvantaged people in the country, Labour policy remains unclear on some of the most pressing issues facing Britain today.

Nuclear weapons are one example. The U.K. this year approved a multibillion-pound program to renew its controversial submarine-based nuclear weapons system, but the Labour Party has still not decided whether it supports it. Corbyn is a lifelong advocate of nuclear disarmament, but the party’s policy is still to retain the weapons.

Nor has the party has settled its position on immigration, widely identified as the primary reason why a narrow majority of British people -- including many Labour supporters -- voted to leave the European Union in a referendum last June.

Corbyn told delegates on Wednesday that it was “shaming to our multicultural society that assaults on migrants have increased sharply since the referendum campaign, a campaign that peddled myths and whipped up division.

“It isn’t migrants that drive down wages, it’s exploitative employers and the politicians who deregulate the labor market and rip up trade union rights,” he added.

Whether voters will agree is unclear: many Labour supporters switched to the anti-migrant UK Independence Party in the last election, and it is unclear whether they would return in the event of a snap election.

British electoral law follows a fixed calendar, meaning the next parliamentary election is not due until May 2020.

A potential early election as foreshadowed by Mandelson is a genuine concern for Labour because many believe U.K. Prime Minister Theresa May will use the opposition’s internal divisions to improve her own Conservative Party’s small parliamentary majority.

May, who succeeded David Cameron in July, has always insisted no election will be called before 2020, although others have argued she needs her own mandate from the British public.

“I'm sure there is going to be an early general election,” Labour deputy leader Tom Watson told the conference on Tuesday.

“The more often Theresa May says it won't happen, the more certain I am that it will. Comrades, we need to be ready.”

But of the dozens of opinion polls conducted since Corbyn became leader in September 2015, just three have given Labour a lead over the Conservatives. The Labour leader’s critics fear a snap election could decimate the party.