Schools in UK to close until further notice from Friday

Schools in the UK are to shut from Friday until further notice as a response to the coronavirus pandemic, the prime minister has said. 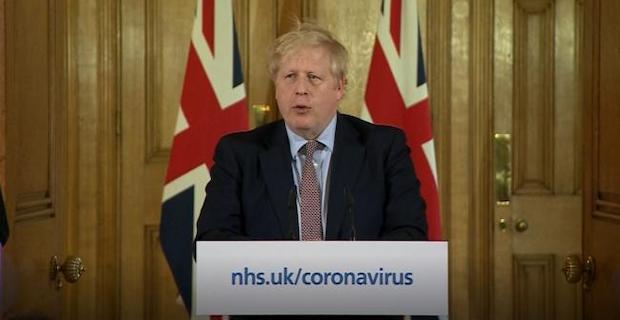 Schools will close except for looking after the children of keyworkers and vulnerable children. It comes after Scotland and Wales said schools would close from the same day. Schools in Northern Ireland are expected to close to pupils immediately and to staff from Monday, Stormont sources say. It comes as UK deaths reached 104 after the NHS said a further 32 people had died in England.

The government says it plans to more than double the number of tests being carried out in England to 25,000 a day.  Confirmed cases in the UK rose to 2,626 on Wednesday, from 1,950 on Tuesday. There have been 56,221 tests carried out in the UK for Covid-19, of which 53,595 were confirmed negative. Boris Johnson said: "We think now that we must apply further downward pressure with that upward curve by closing the schools.

"After schools shut their gates to most pupils and they will remain closed to the majority of pupils."

He thanked teachers and head teachers and said that by looking after children of key workers, such as NHS staff, they "will be a critical part of the fight back" against coronavirus.

Keywords:
Boris JohnsonCoronavirusSchools UK
Your comment has been forwarded to the administrator for approval.×
Warning! Will constitute a criminal offense, illegal, threatening, offensive, insulting and swearing, derogatory, defamatory, vulgar, pornographic, indecent, personality rights, damaging or similar nature in the nature of all kinds of financial content, legal, criminal and administrative responsibility for the content of the sender member / members are belong.
Related News