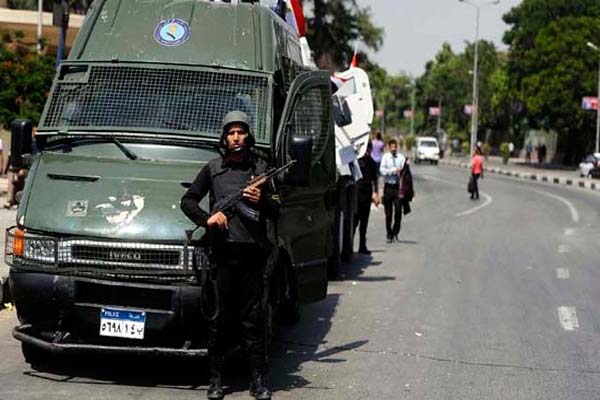 Egyptian security forces released the final two of the four Turkish journalists who were detained in Cairo earlier Tuesday, Turkey's Ambassador to Egypt Huseyin Avni Botsali said. Following the release of Murat Uslu and Zafer Karakas of Turkey's private broadcaster Star TV, the remaining two journalists, Fatih Er and Tufan Guzelgun of Turkish private news channel A News, were also released, Botsali said. He asked the Turkish press corp members to complete their accreditation procedures and to carry their identity cards with them.

Murat Uslu and Zafer Karakas said they did not face any cruel treatment during their detention in Nasr city, where they were kept for reportedly lacking press accreditation.

They were detained by Egyptian security forces near Rabaa Al-Adawiya Square in Cairo where supporters of Egypt's deposed president have been staging a sit-in, demanding his reinstatement.

Turkish journalist Uslu said their interpreter was battered by soldiers at the square.