There are still 1 million land mines in Turkey, according to a new report. 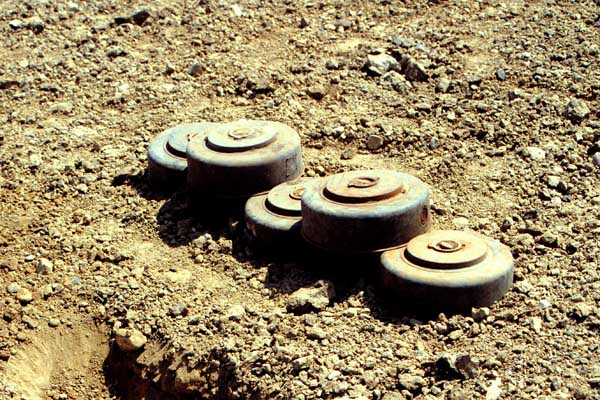 The portion of the International Campaign to Ban Landmines' (ICBL) report on Turkey was debated on Thursday in Istanbul. Evaluating the report, the coordinator of the Initiative for a Mine-Free Turkey, Muteber Ogreten said trade of land mines on the black market still exists, evidenced by land mines that have been discovered in Syria and Yemen.

According to the figures Ogreten provided, as of June 21, 2011, approximately 3 million land mines were destroyed in Turkey. “In 2012, over 26,000 land mines were removed, but the number of still-buried land mines is 1 million,” she says before going on to say that "since 1998, only 1 percent of the land mines have been destroyed." According to her, since 2004, about TL 55.8 million has been spent on the removal of land mines. The cost of removing a single mine is TL 4,678. “Because of land mines, one person is either killed or wounded every three days,” she further says.

There are also 3,520 plots of land that are riddled with land mines across the country.

Indicating that Turkey asked for an additional 80 years to remove its remaining land mines, Öğreten said this is only an estimate for how long such a process could take. Urging the government to be committed to the international agreement to remove land mines, Öğreten expressed concerns that in the years to come many lives will be lost to land mines.