Syria's lethal chemical weapons has begun by disarmament experts of the Organisation for the Prohibition of Chemical Weapons (OPCW) on Sunday. 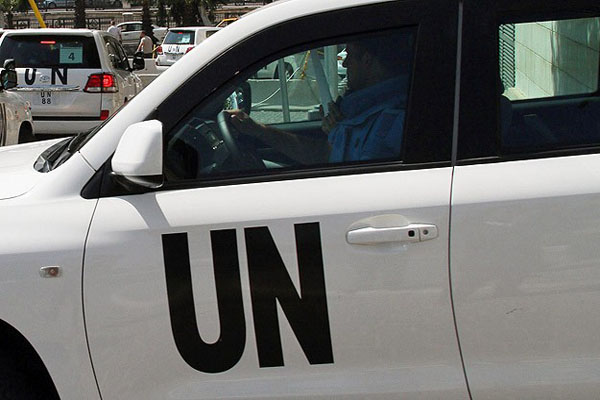 A team of international experts began the process of destroying Syria's chemical gas arsenal on Sunday, an official on the mission said. The official declined to give more details. Witnesses said the experts left their Damascus hotel in the early hours on Sunday for an unknown location. The team consists of experts from the Organization for the Prohibition of Chemical Weapons (OPCW) in The Hague and United Nations personnel assisting them in their work. It arrived in Damascus on Tuesday. The mission, which Washington and Moscow hammered out after an Aug. 21 chemical weapons attack in Damascus prompted U.S. threats of air strikes against the Syrian government, is expected to continue until at least mid-2014. The Syrian government and the rebels blame each other for the chemical incident in a Damascus suburb in which more than 1,400 were killed. The United States and other Western countries say a report by U.N. investigators indirectly implicates government-allied forces for the attack. More than 100,000 people have died in Syria's conflict, which began in early 2011 with peaceful demonstrations seeking more democracy but has deteriorated into sectarian civil war.