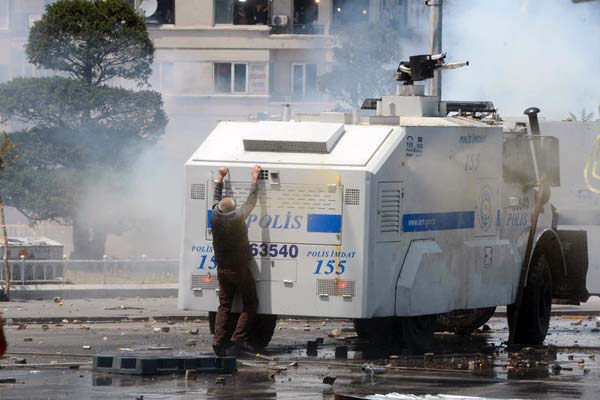 Following the recent Gezi Park protests across the country, the National Police Department has decided to recruit more riot police and also to provide training courses for existing riot police on how to respond to mass demonstrations more effectively.  The protests that erupted over the government's plan to demolish Taksim's famous Gezi Park in late May later spread to tens of cities across Turkey. Millions of lira of damage were caused to shops and other buildings located near the demonstration areas. The lack of a satisfactory response to the protests by police has led the National Police Department to take action. The National Police Department has decided to increase the number of riot police units as well as to give greater training to existing riot police officers in responding to mass demonstrations. In addition, the police department will give riot training courses to nearly 2,000 new police officers.

However, after Deputy Prime Minister Bülent Arınç claimed on July 30 through the TRT news channel that the government had received intelligence concerning a wave of similar protests in September and October, the National Police Department has intensified its efforts.

The police department has also decided to provide riot training courses to specialized police officers working in counterterrorism units and anti-smuggling and organized crime units in the cities of Ankara, İstanbul, Bursa, İzmir and Diyarbakır.

The police officers are being instructed in mass psychology, efficient and logical methods of intervention in social events, and the legal aspects of intervention as part of the riot training courses.

Psychological specialists also attend the courses to train the police officers on mass psychology and effective ways to respond to mass demonstrations without escalating tension.

Additionally, the officers will undergo special tests as part of the program. Those officers who tend to lose their temper during the tests will be excluded from the riot program and will not be assigned to mass demonstrations in the future.