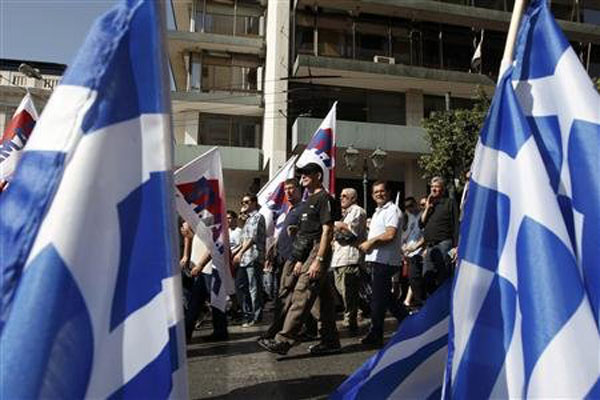 High school teachers started the open-ended strike against government moves to place thousands of public sector workers in a so-called mobility scheme for transfers to schools elsewhere n the country or possible dismissal.

The guards, who patrol school premises and oversee road crossings, are covered by the scheme along with administrative staff working for Greece's largest social security fund, the IKA, who also intend to join the strike.

"About 60 to 70 school guards tried to enter the building to occupy it and were pushed back by police," a police official said.

Athens needs to deliver on the scheme to satisfy demands by the country's international creditors for further bailout funding. The plan, part of moves to reform and shrink the public sector, has met fierce resistance from labour unions.

Lawyers will also walk off the job for two days, opposed to reforms to open up their profession.

Greece must place 25,000 workers in the mobility scheme by the end of the year, where they will be evaluated and transferred to other jobs or dismissed. It must also meet a target of 15,000 mandatory public sector exits in 2013-14.