Gezi Park has no direct impact on EU negotiations

Istanbul's Taksim Gezi Park incidents were not directly related to Turkey's negotiation process with the EU. 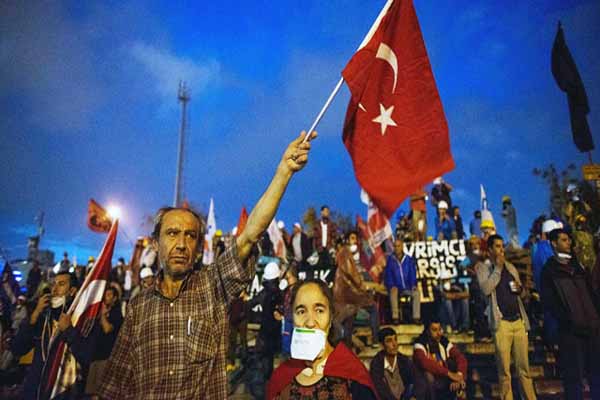 The German government said on Friday that the Taksim Gezi Park protests in Istanbul had no direct impact on Turkey's negotiation process with the European Union (EU). Spokesperson of the German Ministry of Foreign Affairs Andreas Peschke stated in a press release that Germany followed the incidents in Turkey and said "there was no direct relation between Turkey's domestic affairs and other technical processes on opening new policy areas." He reminded that Turkish Prime Minister Recep Tayyip Erdogan held a meeting with Gezi Park protesters, expressing hope that the meeting would ease tensions. A report quoting a German official on Friday stated that Germany was looking for ways to suspend EU membership talks with Turkey after the Gezi Park protests.