Defense to present in US WikiLeaks court-martial 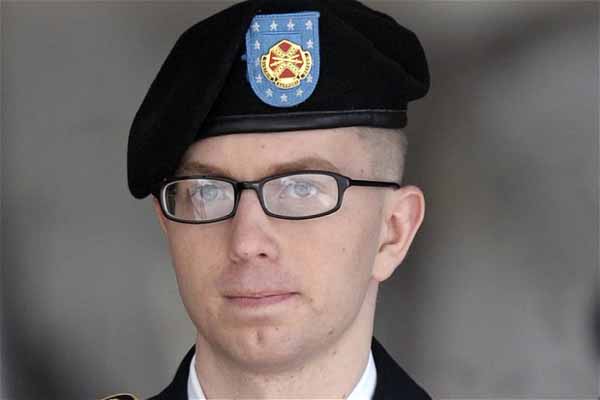 Court-martial prosecutors have spent the last five weeks in a courtroom at Fort Meade, Maryland - home of the ultra-secret National Security Agency - building their case that Bradley Manning committed espionage in leaking more than 700,000 classified files, combat videos and diplomatic cables while a junior intelligence analyst in Iraq in 2009 and 2010. They rested on Tuesday. When Manning's lead attorney David Coombs opens the defense on Monday, experts interviewed by Reuters said his best option was to show that Manning thought he was doing the right thing and never intended to damage the United States. Geoffrey Corn, a professor at the South Texas School of Law in Houston, said the judge may be swayed by the "misguided motive" strategy based on the argument that Manning meant no harm to the nation. Corn added that Manning was likely to be convicted and said the real fight could come at a separate sentencing proceeding where the defense could try to get the shortest prison term possible.

The charges against Manning include espionage, computer fraud and, most seriously, aiding the enemy by giving al Qaeda access to U.S. intelligence through the Internet.

Manning was arrested in 2010 and could face life in prison without parole if convicted of aiding the enemy. He pleaded guilty to 10 lesser charges in February but prosecutors rejected the pleas.

Judge Colonel Denise Lind, who is presiding over the case and will decide it, has ruled that on the aiding-the-enemy charge, prosecutors have to prove Manning knowingly gave intelligence to al Qaeda, al Qaeda in the Arabian Peninsula and another unidentified group.

Jeffrey Addicott, a law professor at St. Mary's University Law School in San Antonio, said he expected the defense to stress that the Crescent, Oklahoma, native did not intend to harm the United States but that its argument would not succeed.

Addicott, who heads the school's Center for Terrorism Law, said in an email that the bulk of the defense case would come at sentencing, "where they will argue 'unintended consequences' and sorrow for what he did."

Elizabeth Goitein, co-director of the National Security Program at the Brennan Center for Justice, said the defense could argue Manning was not aware that the classified material was potentially sensitive since access to it lacked safeguards. It could also contend there had been an overbroad labeling of files as secret, she said.

The defense has said it might call up to 46 witnesses but has not released a full list. The prosecution called about 80 witnesses, far below the number it had listed, raising the prospect that the trial could conclude well before its Aug. 23 scheduled end.

Defense attorneys have said in court they may call Harvard University law professor Yochai Benkler, an expert on WikiLeaks; retired Air Force Colonel Morris Davis, a former prosecutor at the prison at Guantanamo Bay, Cuba; and Lauren McNamara, a civilian who chatted with Manning online in 2009.

Analysts said Manning could make a repeat appearance on the stand to outline his motives even though he did so in a pretrial statement in March. He said then that he turned the material over to WikiLeaks to have a clear conscience.

WikiLeaks, an anti-secrecy website, helped organize Snowden's flight from Hong Kong to Moscow and is helping him seek asylum.

"Anybody looking at this (Manning) case is going to say, 'We have to throw the book at this guy, or where does it end?'" Fidell said.