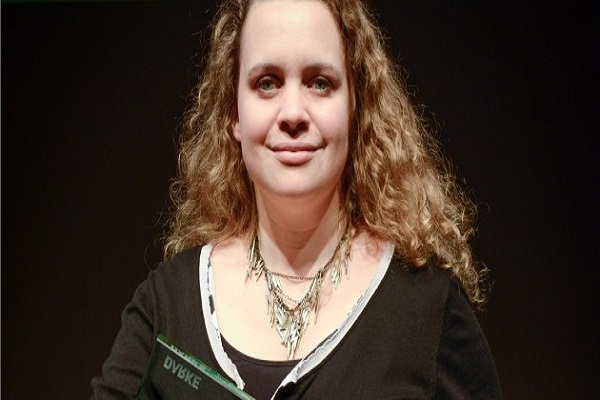 In this darkly comic play two Romanian immigrants, driven by a desire for belonging, kidnap an Englishman to learn how to be English. Inspired by Carla’s own cultural exchange trip to Romania, _OCCUPIED_ has received support from Romanian Cultural Centre in the UK and will run from TUESDAY 1 APRIL.

Exploring identity in crises, both English and Romanian, _OCCUPIED_ is a contemporary look at immigrants in London and takes an irreverent approach to prevailing cultural stereotypes.

_“We are making little territories in your country, a hostile take over of your garden sheds, your abandoned houses and your toilets! The occupation has begun!”_

First performed at Theatre503’s Labfest in 2012 to critical acclaim, _OCCUPIED _is directed by ANNA MORS (Kevin Spacey Grant for Emerging Artist 2013) and designed by PETRA HJORTSBERG.

CARLA GRAULS is a London-based writer and Artistic Director of the Hurlyburly Theatre Company. Recently she won the 2013 Nick Darke Award and was shortlisted for Hightide's Escalator Plays scheme. Her work has been performed at Theatre503 at Labfest 2012 and Little Pieces of Gold’s Festopia in 2013. She was selected for the Puglia Experience Screenwriting Fellowship in 2011 and won the Euroscript Screen Story Contest in 2009. She has also had her work recognised at the BBC as part of their 2008 Sharps Competition and as a finalist in the 2008 Channel 4 Talent Awards.

ANNA MORS was the recipient of The Sir John Gielgud Charitable Trust Bursary in 2008, The Rose Bruford Directing Bursary in 2011 and 2012, and The Kevin Spacey Foundation grant in 2013. Her debut play, _HANNAH AN ARTIST IN DIRT,_ was awarded a joined runner-up place for the New Writing South New Play Award at the Brighton Fringe Festival in 2010.