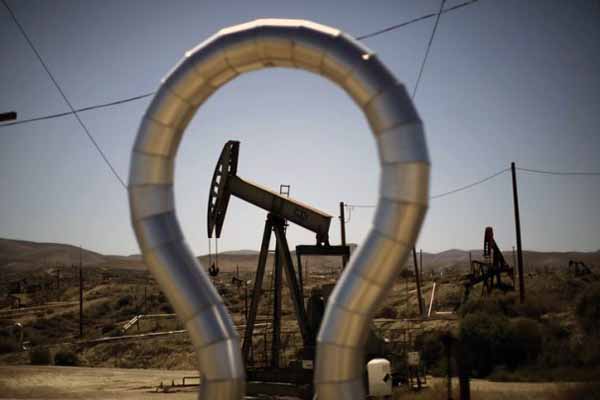 We have published our evaluations on draft law, which includes some changes in the Turkish Petroleum (and natural gas) exploration-production legislation brought in to the Parliament, under the same heading and in the same platform on 11 May 2013  [1].

Mentioned draft was accepted on 30 May 2013. It passed into law after the approval of the President. Now, Turkey has a new Oil Law [2].

We did not hesitate to make evaluations on the ‘draft’ version on 11th of May since the copy in question was ‘Government Proposal’ and  the draft laws [3] that are proposed to the Parliament by the governments rarely undergo a change in Turkish politics. Especially, it is almost impossible for MPs to’ make significant changes ‘on the proposals submitted by numerically dominant governments (like the current one). We were not wrong in this case too. The proposal became law as it is except for a few minor changes. Therefore, firstly we will only explain these minor changes. The willing readers can take a look at our previous article in order to read what kind of other changes the new petroleum law brings.

What Has Changed From the Draft to The Law?

In the Parliament Commissions ‘The oil resources are under the authority and disposal of the state’ provision was added to the bill that no one has objected to and nobody has thought in the opposite way all along.

With the draft, the ‘priority right’ of TPAO (Turkish Petroleum Corporation) had been abolished at the sites of which the operation date expired. It was foreseen that the sites were going to be re-auctioned .But now we understand that the Parliament has taken a step back in this regard. The sites whose term of license is over will be offered to TPAO first, if they will be assigned to TPAO if demanded, if not want the sites will be put on auction.

The draft had determined a standard ‘state share‘ (12.5 %).  A stratification based on the amount of production or on the difficulty degree of production operation was not designed.  The only foresight was to get smaller ‘state share’ from low-gravity oil. Now, we understand that Parliament does not approve it either; the state’s share will be constant regardless of the oil’s gravity (12.5 %).

Upper limit of taxes which domestic and foreign oil right owners are required to pay was slightly increased:  the 40% rate determined of the draft law was re-determined as 55% which is the same with previous law. As I said in my previous analysis, that when even 40 % is really a high and discouraging rate, it is inconceivable to increase it again. If you determine the tax rate as 80%, the 80% tax of no income will be nothing.

Perhaps one of the most important innovations of the draft was abandoning the previous statutory provision which suggested that oil producers could export %35 of the oil in the lands and could export  45 % of the oil in the seas and could spare the rest for the ‘country needs’. ‘Country needs’ were left to the cabinet. However where the Parliament is also ‘going backwards’ is seen. From now on, oil producers cannot export more than 35%- 45% rate as it had been the case previously ( For the record, the cabinet can change these rates).

The bill was allowing that oil producers could enjoy ‘investment incentives’ valid in the places of oil extraction, however it is understood that this facility of Parliament Commission was not provided automatically because the final decision is now left to be made by the cabinet.

Yes, by this way it is apparent that some provisions of the draft which are extremely poor in terms of being ‘encouraging – supportive’ again went missing. Therefore, let’s refer to our previous article and say that: ‘Nothing will change!’

It is indisputable that oil operations (exploration/production/transportation/refining) pose danger to the environment.  However in this regard, it is needed to make a cost-benefit calculation. Although there have been tens of tank ship accidents and explosions of pipelines, oil is still transported with the same methods; nobody has ceased to do oil drilling despite “Gulf of Mexico” disaster.

People who are pleased that oil will not be explored in the national parks; “But” they say “oil will be explored in the forests, forests will be destroyed! However there is no need for panic in the field, Drills won’t be brought in and start digging the forests before very detailed investigations are conducted in order to understand whether there is oil worth to be extracted. Don’t we need to learn first in which forest there is oil? Then the discussion will be whether it is worth extracting or not? Though it is hard to believe that people can actually make “is it worth?” discussions based on the scientific criteria in a country where public authorities can easily lie to society and realities are hidden from the society that much easily. That is why it is needed to pay attention to such fears of people. (In the past, the ministers have drunk tea in front of the television in order to prove that there is no radiation in the tea products. Besides tea products were so full of radiation back those years!) Unfortunately, like many issues, the environment issues are also discussed very incoherently in Turkey. Those who say “Our forests should not be clouded with oils” can be standing in the line in front of the land registry office in order to buy a house from the state in the lands, formerly forests, which were ruined or in order to buy an apartment in the buildings which were placed in the forest fields. In fact, reason and science should be kept ahead and people should think over the question of “how can I drill the oil without destroying the environment?”

How Laws are Made

Before writing the laws, on procedural grounds, a general reason is written. (There are shorter justifications for the articles.) The “justifications” – which need to answer why the law was written, what is the benefit of the law, how the law will provide this benefit… and etc. questions – gradually lost their meanings within the “Turkish Style” legislation activities. The issues which were described with long and literate sentences- are mostly unrelated with the laws; the related issues disappear during the amendments/additions/extractions made in the commissions and general assembly. (Because the articles change; but the justifications do not change.) All in all, these justifications are slightly one of the works which are done for the sake of appearances.

There is also a “Justification” for the new Oil Law. We come across with many contradictions when we look at the justification.

For example; “Our country is in the category of risky countries in terms of investors” assignation has been written on top of the justification. “Then, why are you afraid of giving incentives to mediator, and do you cut back of the existing incentives?” question remains unanswered.

There is also a sentence stating “When the cost of dwells in the lands- which are 3-5 million dollars-, and the cost level of dwells in the seas – which is between 10 and 200 million dollars depending on the depth of water – are taken into consideration, in the long term, it is needed to give more substantial incentives to exploration and production investments in the seas” made people think “Is it the same person who wrote the justification with the law maker who request the same rates of state share from both in the lands and in the seas?”.

The following justification sentences are also similar: “In order to provide more contribution of domestic and foreign investment to oil exploration and production, the simplification of process, the decrease of costs; the investment cutback; and the tax exception in accordance with its counterparts in the world.” In short, the justification is only a charming envelope, not related what is in it.

What we try to explain in the last of these two chapters will be the repetition of what we have said in the first article. We hope that we have more oil than we extract, and we need to be a little bit encouraging to realize this hope. For this purpose, we need to change the law once again soon. We should care for the environment, yes, but also by establishing a cost-benefit relationship.

Deveci, Hıfzı (July, 2013), “What is Happening in the Turkish Petroleum Market: What does the New Law Bring, What does it Take Away?”, Vol. II, Issue 5, pp.6-10, Centre for Policy Analysis and Research on Turkey (ResearchTurkey), London, ResearchTurkey. (http://researchturkey.org/?p=3693)

[3] The laws that are proposed by the governments are called ‘tasarı (draft)’ in the Turkish Constitutional System. The word has a stronger meaning than its etimological root ‘proposal’.