Erdem Basci said that it should not come as a surprise, if the USD hits 1.92 TL by the end of the year. 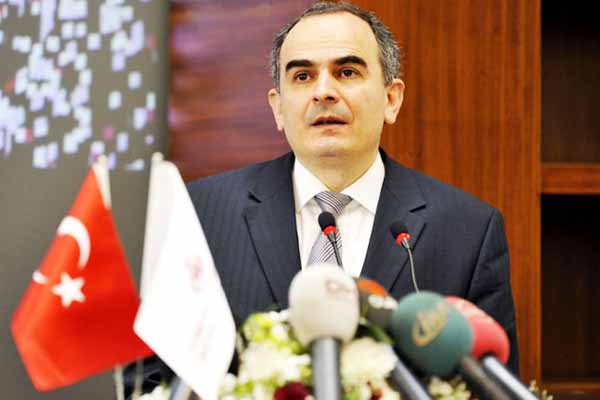 Turkish Central Bank President Erdem Basci said that it should not come as a surprise if the USD hits 1.92 TL by the end of the year.  Central Bank President Basci replied to a question regarding the current deficit by noting that positive developments are observed regarding the current deficit in Turkey while an increase in exports is also visible. Evaluating Turkey’s macroeconomics for 2013, Erdem Bacı said the USD will have a worth of approximately 1.92 TL at the end of the year with the bank foreseeing a 3-4 % growth at the end of 2013. Basci said the real effective foreign exchange rate is a changeable that they attach great importance, and the bank expects that the real effective rate will return above ‘110’ line after temporary effects and then a value increase will start. “Our interest rate will not drop under 6.75 % until inflation drops down to 6.2 %. It may go up to 7 – 7.75 % with monetary tightening if required but it will not exceed this level” Basci added.

Indicating that the Turkish Central Bank has salable reserves worth USD 40 billion, Basci also emphasized that Turkey has a perfectly healthy banking system and that they had no concerns about foreign exchange rates.