new Corolla is produced at Toyota's Sakarya Plant in Turkey and it will be exported to 52 countries. 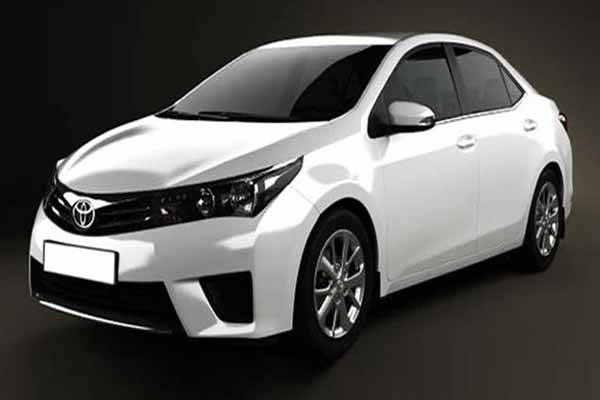 Toyota's all-new Corolla made its debut on Monday, rolling off the assembly line at the Japanese car maker's Turkey plants.    Speaking in a ceremony at the northwestern Sakarya plants, Toyota Board Chairman Takeshi Uchiyamada said he was happy that the all-new Corolla will be produced in Turkey with a 150 million euro investment. Turkish Minister of Economy Zafer Caglayan and Minister of Science, Industry & Technology Nihat Ergun and Toyota Motor Manufacturing Turkey CEO Orhan Ozer were also present in the ceremony. Uchiyamada said that Turkey's dynamism and vitality impressed him very much, added, "I felt that during my very first visit here. I think this country will play an important role in world economy." "Toyota Turkey produced its first car 20 years ago. This factory continue with the production of high quality vehicles. At the moment, Toyota Turkey produces 1.3 million vehicles in Turkey," he said.

Uchiyamada said that they decided to produce the new Corolla in Turkey, because they believed that Toyota Turkey will grow.

"The new Corolla, which has been reborn with styling that is more refined and more luxurious, is the new global symbol for our efforts to make better cars. I am very proud that the European version of the new Corolla will call Sakarya its home. Let's continue to write the Corolla's history".

Caglayan reminded that Jan-June exports totaled $11.2 billion with a year-on-year increase of 11.9 percent.

"In Turkey, there are special incentives for making electric vehicles. And if Toyota or other car makers develop and cooperate in production of hybrid vehicles in Turkey, it's possible that the government may create new support mechanisms,"  Minister of Science, Industry & Technology Nihat Ergun said.

"We need new models because the domestic market is constantly evolving. Domestic demand will reach 1 million soon. We had to take that demand into account," Ergun said.

Toyota Motor Manufacturing Turkey CEO Orhan Ozer noted that the new Corolla will be exported to 52 countries and adding, "our factory started it's production with the Corolla at first for the domestic market. After 2002 it became a model for export. Till 2006 it reached an export rate of 80 percent."