On the eve of the holy month of Ramadan during which Muslim charity giving is at its peak, 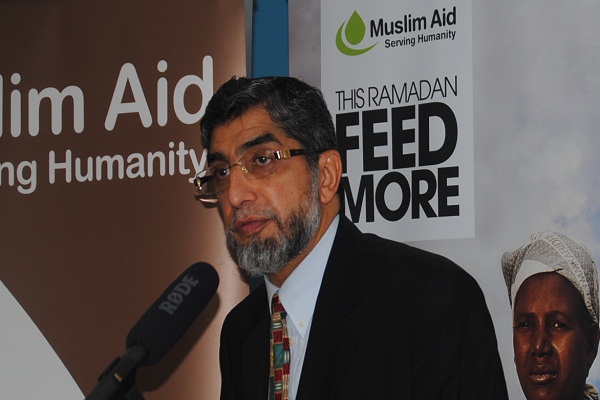 On the eve of the holy month of Ramadan during which Muslim charity giving is at its peak, Muslim Aid issued a Statement supporting the advice of the Charity Commission to donors and charities on Safer Giving.

Dr Manazir Ahsan MBE, Chairman of Muslim Aid said: “The simple procedures given in the Charity Commission’s advice to donors and charities significantly reduce the risk of charities being abused at the hands of criminals. We urge donors to check the identity of collectors when approached for charity funds. We also advise the general public, as well as other charities fundraising in Ramadan to follow the Commission’s advice published at http://www.charitycommission.gov.uk/9335. As a charity which became a victim of fraudulent fundraising activity a couple of years ago, Muslim Aid knows how important it is for everyone to follow this advice for the security and peace of mind of donors and the NGOs collecting charity funds.”

Sam Younger, Chief Executive of the Charity Commission said: “We know that only 2 in 5 charity donors make checks when approached for donations and unfortunately this allows fake collections to take vital funds away from deserving charities. If everyone that gives to a charity collection this Ramadan asks questions about how their money will be used, they can help make sure their donation truly reaches a charitable cause. Any genuine fundraiser will be happy to answer questions and we urge donors to read our Safer Giving advice and only give if they are confident that a collection is genuine.’’

Alistair McLean, Chief Executive of Fundraising Standards Board, said: “Muslim Aid’s fundraising is regulated by the Fundraising Standards Board (FRSB). The FRSB fully support the Commission’s Safer Giving advice. We also emphasise to the public the importance of giving to charities which have high standards of service and a track record of humanitarian work. The FRSB hopes that with the application of high standards of fundraising, Britain will remain one of the leading charity giving nations in the world.”

The Theme of the Charity’s fundraising campaign: “Be the Change” was announced at a Ramadan launch event held at the Arab British Chamber of Commerce in London on 28 June 2013. This Ramadan, Muslim Aid hopes to raise funds for emergencies in Syria, Myanmar and Sudan, as well as for development projects in healthcare, water and sanitation, education, shelter, economic empowerment and skills training, among others.