Peugeot family to vote on carmaker's future on Monday

Peugeot family, the largest shareholder in PSA Peugeot Citroen, will meet on Monday to decide whether to give its blessing to two deals aimed 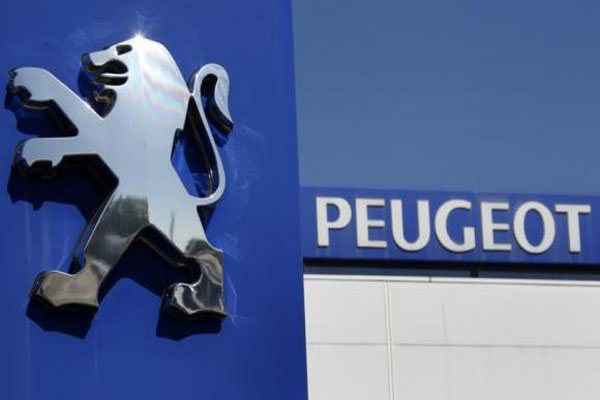 The family's consent is needed so PSA can announce, alongside 2013 results on Wednesday, a memorandum of understanding (MoU) on a recapitalisation deal under which the French state and Chinese partner Dongfeng will both take direct stakes in the group. Peugeot is also expected to announce a separate European car loans alliance with Spain's Banco Santander. Both projects will be on the table of board meetings of the Peugeot family holdings FFP and Etablissements Peugeot Freres on Monday, a source close to the family said. "They will decide their position on both the MoU and the Santander project," the source said. Peugeot, battered by a prolonged slump in demand for cars in Europe and sustained by 7 billion euros of state guarantees, has been in talks with Dongfeng for months over a rescue plan that would see the Chinese automaker and French government take matching stakes.  Sources familiar with the matter told Reuters after a new round of talks in China this week that PSA reached an outline deal with Dongfeng and the French state to raise up to 4 billion euros (3.2 billion pounds) in fresh capital and deepen cooperation with the Chinese carmaker.

The Peugeot clan, which has controlled the company since the early days of the automobile in the 19th century, currently has a 25 percent stake commanding 38 percent of voting rights.

The deal approved in principle by the board would make its holdings fall to 14 percent, a level equal to those of the French government and Dongfeng, sources said.

A key unknown at this stage is the position of Thierry Peugeot, currently head of the group's supervisory board and a fervent advocate of maintaining the group's independence.

In parallel, Peugeot is close to reaching an agreement with Banco Santander on a European car loans alliance aimed at eventually replacing the French state guarantees that are keeping the carmaker afloat, sources also told Reuters last week.

Under the agreement, Madrid-based Santander would enter 50-50 joint ventures with Banque PSA Finance in European markets and pay cash to acquire a portfolio of loans from the carmaker's financing arm, the sources said.

The planned share sale to Dongfeng and the French government may be the French automaker's last survival hope after the failure of earlier deal talks with U.S.-based General Motors.

The accompanying industrial plan would see Peugeot and Dongfeng retain and expand their existing joint venture, increasing research and development cooperation with a view to expanding into South East Asian markets, according to the sources.

The final deal will be subject to approval by a shareholder meeting later in the year.