Zoella and Alfie left the internet to spend time together

In a post previously shared on Twitter, Zoella said of the revelations about her novel: "Of course I was going to have help from Penguin's editorial team in telling my story. 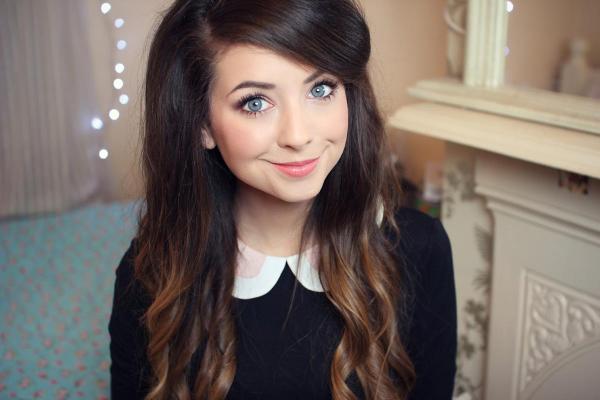 Zoella has temporarily quit the internet.

In a post previously shared on Twitter, Zoella said of the revelations about her novel: "Of course I was going to have help from Penguin's editorial team in telling my story.

The YouTuber, who has more than six million followers, is taking a break from her online world "for a few days" because she says it is "clouding up" her brain. The news comes the same week that she admitted she had "help" from her publisher in writing her debut novel, Girl Online. Zoella "worked with an expert editorial team" said a spokesperson from Penguin. It also said it was part of a publisher's role to "help" new talent.

He said the pair plan "to have some time to ourselves" during their break.

Earlier this year Alfie, who runs Pointless Blog, released his own book.

Tweet from @PointlessBlog reading: "We've both been so busy recently working on different things so a little break will do us good as we haven't spent proper time together x"

YouTubers celebrate "vlogmas" in the run-up to Christmas, where the stars post videos every day during Advent.

Because of their break, it seems Alfie and Zoella won't complete the series of videos.

"The story and characters of Girl Online are all mine."

Another writer, Siobhan Curham, who is thanked in the book's acknowledgements, has been responding to Twitter comments about the Girl Online revelations.

Zoella, whose real name is Zoe Sugg, is also thought to have recognised the author's contribution during promotion for the book.

Ms Curham has yet to respond to Newsbeat's request for a comment.

Zoella taking a selfie with fans

A spokesperson for Penguin said: "As publishers our role is, and always has been, to find the very best talent and help them tell their story and connect them with readers.

"Talented You Tube entrepreneurs such as Zoe are brilliant at understanding and entertaining their audience.

"For her first novel, Girl Online, Zoe has worked with an expert editorial team to help her bring to life her characters and experiences in a heart-warming and compelling story."

Penguin added: "We are proud to be have been able to help Zoe tell her story and that the book is proving so successful in getting young people reading."

Many of Zoella's fans sent positive messages to the YouTube star after her announcement, saying that they still "loved" the book.

More than 78,000 copies of Girl Online were sold in its first week of publication.