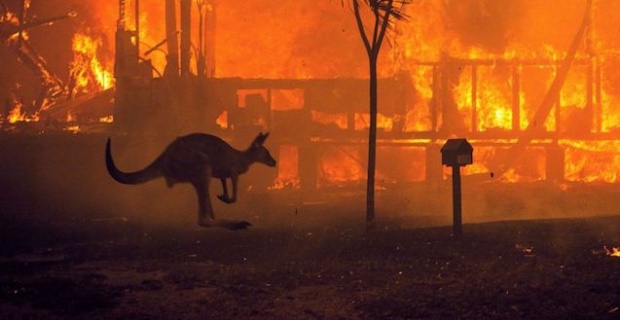 Australia's bushfires have killed an estimated 1.25 billion animals and burnt more than a billion trees so far, but even worse, they will cause permanent damage to the country's environment and wildlife presence, according to experts.

"The fires have burnt 8.5 million hectares [21 million acres] across six states and are estimated to lead to the deaths of more than one billion native animals, whether directly or indirectly," Stuart Blanch, senior manager for land clearing and restoration at World Wildlife Fund (WWF) Australia, told Anadolu Agency.

Referring to the "unprecedented" nature of the fires, he said that although wildlife in Australia is familiar with fires, they are unable to escape the bushfires, suffering burns, starvation, dehydration and predation as the huge fires are so hot and fast-moving.

"Nationally, more than 700 species of plants and animals which live in or use forests are listed as threatened species under Australian environmental law," he said, adding the fires could push some species further to extinction.

Referring to modeling by the Crowther Lab in Switzerland to calculate the loss of trees, with 8.5 million hectares x 154 trees per hectare, he said more than one billion trees have been burnt so far due to the bushfires, which are the worst on record.

Touching on reported koala losses in the country, Blanch noted that 35,000 koalas have been killed so far, with 25,000 of the deaths on Kangaroo Island in South Australia state.

"There is an estimated 30 tons of CO2 being released from each hectare of forest burnt from only one modeling study in Australia," he added, pointing to another dimension of the crisis.

The bushfires, which erupted last August and continue to rage in the southern hemisphere's summer months, have exacerbated the environmental situation. 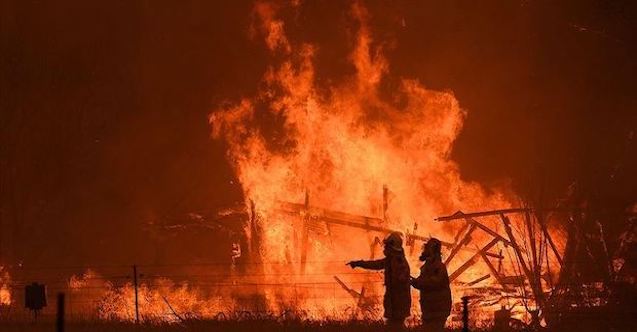 "The fires in Australia are having a major impact on wildlife and the ecosystems, which will require decades to recover and cause long-term impacts to species," Jennie Miller, senior scientist at the Center for Conservation Innovation at Defenders of Wildlife, told Anadolu Agency.

Touching on the negative effects of natural disasters such as hurricanes and fires on wildlife, she said they can erase wildlife populations which are already small due to human-induced operations such as development.

When a fire sweeps through their habitat, these species have nowhere else to go because human pressures have already constrained the space for wildlife, she added.

Comparing the bushfires with the "megafires" in the state of California in the U.S. over the past few years, she highlighted that as fires burn hotter and faster, they change the habitat, and wildlife are not evolved to handle this, which leads to permanent damage to wildlife presence.

"We’re watching as climate change increases the frequency of droughts, which is leading to megafires like the ones in Australia now...As climate change increases the frequency and intensity of environmental disasters, wildlife that already face declines from human pressures are less able to rebound from impacts like fire and hurricanes," she said.

Citing last year's assessment by the Intergovernmental Science-Policy Platform on Biodiversity and Ecosystem Services (IPBES) which saw land degradation, over-harvesting and climate change as the top three factors playing a role in biodiversity loss, Miller said Australia's bushfires are one of the prime examples of it.

"Because they are wiping out wildlife populations and perhaps even species that are already teetering on the edge of extinction. As climate change changes environmental conditions, causing habitats to shift and natural disasters to increase in intensity, wildlife must figure out how to quickly adapt – or else go extinct."

Noting the importance of biodiversity, which has been highly damaged by natural disasters like fires, she highlighted that protecting biodiversity was critical in the protection of human beings as well.

Saying that the world is already faced with the results of some ecosystems transforming due to the collapse of species and food webs, she stressed that there are only a few years remaining to change this course.

"We need our leaders to support strong policies that address climate change by transforming the way we source energy and consume our resources [...] We have the tools; we just need our leaders to choose and use them instead of keeping us on this course to extinction."

Keywords:
WildlifeAustraliaBushfires
Your comment has been forwarded to the administrator for approval.×
Warning! Will constitute a criminal offense, illegal, threatening, offensive, insulting and swearing, derogatory, defamatory, vulgar, pornographic, indecent, personality rights, damaging or similar nature in the nature of all kinds of financial content, legal, criminal and administrative responsibility for the content of the sender member / members are belong.
Related News