What is the Future for Cyprus? 2nd Webinar Panellists announced

The Former UK Government Minister Brooks Newmark will be hosting the second  ‘Question Time’ style webinar with unanswered questions from the audience posed during the first webinar and questions on the upcoming 5 +1 meetings scheduled for the end of February. 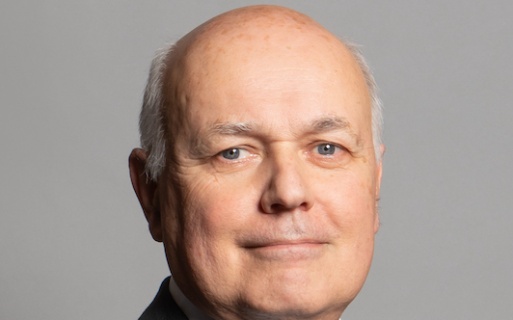 The Former UK Government Minister Brooks Newmark will be hosting the second  ‘Question Time’ style webinar with unanswered questions from the audience posed during the first webinar and questions on the upcoming 5 +1 meetings scheduled for the end of February.  The third webinar in the series is scheduled for 24 March.  This webinar will focus on the upcoming talks, theoretical solutions as well as questions from the audience

Panellists on our February 24 event will be:
Alper Ali Riza– QC, International Lawyer & Regular Columnist for Cyprus Mail.
Alper Riza QC has acted in a large number of reported cases since the 1980s. Alper is a regular columnist of the Cyprus Mail, and is a fluent Greek and Turkish speaker. Alper was successful in the Guzelyurtlu case in that the Court found a violation of the right to the procedural aspect of the right to life against both Cyprus and Turkey.

Oğuzhan Hasipoğlu – TRNC Member of Parliament, TRNC Presidency Negotiating Team Legal Counsel.
Lawyer registered with the Istanbul and Girne Bar Associations. TRNC Member of Parliament for Gazimağusa. Former legal advisor to the Cyprus Evkaf Foundation. Former member of the Immovable Property Commission, He currently heads the Maraş Opening Committee. During the Cyprus, Annan Plan Negotiation he served as Member of the Maritime Law Technical Committee. He was Member of the Negotiating Committee responsible for six chapters and legal counsel. 2010 - 2015 He was a member of the Cyprus Negotiations Property Negotiations Committee. 2011-2012 He participated in the Geneva, New York and Green Tree summits held under the auspices of the mission of good offices of the UN Secretary General. In 2017, he participated in the Cyprus Negotiations in Geneva and Crans-Montana cities of Switzerland as the UBP representative. In addition, as a member of UBP Foreign Relations, he participated in the monthly meetings of the Turkish and Greek Cypriot political parties on Cyprus, under the auspices of the Slovak Embassy. He served as a member of the Court of Accounts Committee in the Assembly of the Republic and the Temporary and Special Committee formed to discuss the European Union Harmonisation Law Drafts. He also served as the Chairman of the Legal, Political Affairs and Foreign Relations Committee. He also served as a legal advisor to the Turkish Cypriot Football Federation and made representations to FIFA congress calling on the lifting of sporting embargoes.

Dr. Christian Heinze - Assistant to the President of the Supreme Constitutional Court of the “Republic of Cyprus“ 1963.
Jurisprudence, Doctor of Law. Practising Barrister since 1966; Administrative Law of the economy and public services and with Constitutional Law. A writer on legal and political matters. During the second decade of the 21st century Prof. Heinze retired to Lienz (Austria). Temporary Duties: 1961 German Embassy to the Organisation of Economic Cooperation and Development (OECD) at Paris, 1962/63.

Keywords:
CTCA/ BTCA/ Circle Foundation
Your comment has been forwarded to the administrator for approval.×
Warning! Will constitute a criminal offense, illegal, threatening, offensive, insulting and swearing, derogatory, defamatory, vulgar, pornographic, indecent, personality rights, damaging or similar nature in the nature of all kinds of financial content, legal, criminal and administrative responsibility for the content of the sender member / members are belong.
Related News