The meeting comes ahead of an anticipated verdict on former Bosnian Serb general Ratko Mladic which is set for Nov. 22. 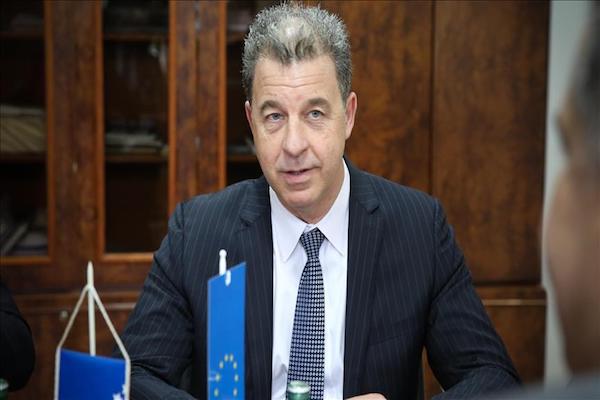 The chief prosecutor of the International Criminal Tribunal for the former Yugoslavia (ICTY) was in the Bosnian capital Sarajevo on Monday ahead of a progress report to be delivered to the UN Security Council.

The meeting comes ahead of an anticipated verdict on former Bosnian Serb general Ratko Mladic which is set for Nov. 22.

Mladic faces charges of genocide, including the killing of 8,000 Bosnian Muslim men and boys in Srebrenica in July 1995, plus the targeting of civilians during his forces’ three-year siege of Sarajevo.

The ICTY is also going to be wound up later this year, with a number of its functions being taken over by successor organizations. Balkan governments and judicial systems will also take over the prosecution of some outstanding cases.

A series of meetings has been ongoing with Balkan leaders, including Serbia’s President Aleksandar Vucic who met ICTY president, Judge Carmel Agius, in Belgrade on Wednesday.

Izetbegovic and Brammertz discussed communications between state and entity institutions, as well as other practical issues to make amendments to the Bosnian State War Crimes Strategy, according to a statement from Bosnia’s presidency.

Bosnia has experienced a significant backlog in prosecuting war crimes cases, with some dragging on for years.