Voters go to the polls in UK

Voting in the UK general election is under way at more than 40,000 polling stations across the country. 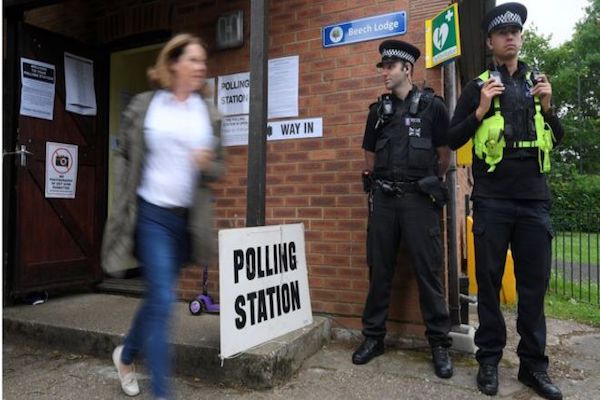 A total of 650 Westminster MPs will be elected, with about 46.9 million people registered to vote. That is up from the last general election, in 2015, when there were 46.4 million registered voters. Some votes have already been cast, through postal voting, which accounted for 16.4% of the total electorate at the 2015 general election. People with an undelivered postal vote can still deliver it by hand to their local polling station. Overall turnout in 2015, when the Conservatives won 331 out of 650 seats, was 66.4%, up from 2010. Most polling stations are in schools, community centres and parish halls, but pubs, a launderette and a school bus have been used in the past. Police have increased security at polling stations, including patrols by armed officers in some areas, following the recent terror attacks.