US will tighten sanctions on North Korea

The US is to tighten sanctions on North Korea and step up diplomatic moves aimed at pressuring the country to end its nuclear and missile programmes. 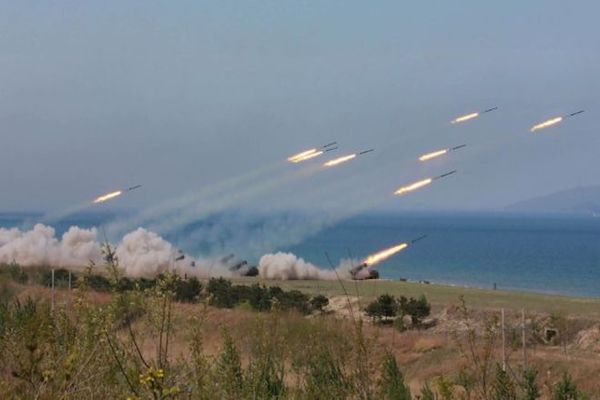 Earlier, the top US commander in the Pacific defended the deployment of an advanced missile defence system in South Korea. Tensions have risen amid fears the North is planning new weapons tests. "The United States seeks stability and the peaceful denuclearisation of the Korean peninsula," said a joint statement issued by Secretary of State Rex Tillerson, Defense Secretary Jim Mattis and Director of National Intelligence Dan Coats. "We remain open to negotiations towards that goal. However, we remain prepared to defend ourselves and our allies.

"The president's approach aims to pressure North Korea into dismantling its nuclear, ballistic missile, and proliferation programs by tightening economic sanctions and pursuing diplomatic measures with our allies and regional partners," the statement added. The US already has extensive sanctions in place on North Korea, including a blanket ban on trade and a blacklist of anyone dealing with North Korea. It is not clear what further sanctions Washington could impose.